Home » Politics » Claire Trevett: Monday will tell us whether the PM has given up beating Delta and it won’t be pretty 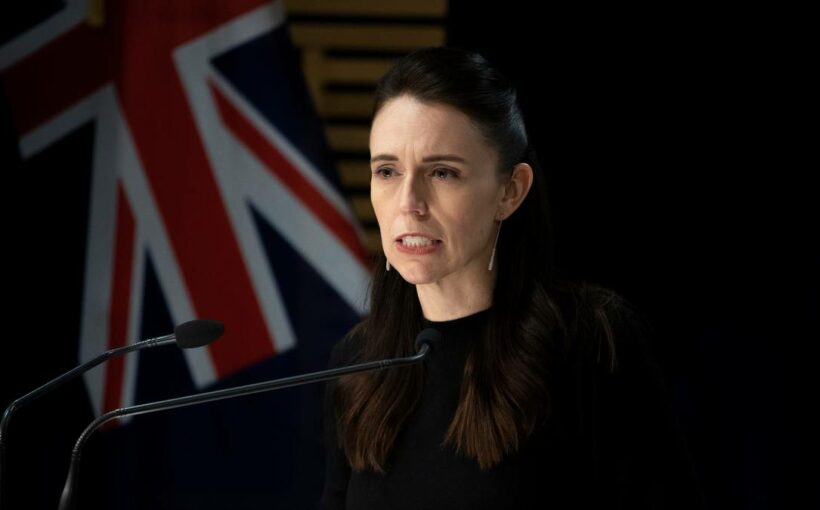 On Monday, we may discover the answer to the big question of the past week: whether the Prime Minister has given up on holding back Delta or whether she still dares to dream.

Monday will bring the next decisions on whether Auckland goes back to a hard level 3,keeps its picnics and outdoor yoga, or gets even more freedoms, including the opening of retail.

Alert level announcement days these days are a grim version of Halloween’s Trick or Treat tradition.

It used to be fairly predictable whether the PM would deliver a trick or a treat.

She prided herself on delivering certainty and consistency. She governed by plans: the four-level alert level plan, a three-step plan for alert level three.

Coming up soon we will have a three—stage-traffic-light plan to replace the four-level plan.

There were sometimes arbitrary rules within the plans, but the trigger points for them were fairly clear.

That changed this week.

We were taken by surprise on Monday when she delivered a treat – to allow Auckland to gather outdoors, under strict conditions, and re-open early childhood centres.

The trick was linked to the treat.

It was the alarming mixed messaging about whether or not the PM was giving up on the zero cases sacrament – the bid to quash the outbreak completely.

It was also the unpredictability of the decisions.

All the old rules for keeping the lockdown firmly in place were met. Epidemiologists and modellers were warning we were on a knife-edge, and cautioning against easing.

Yet the PM eased the reins.

She also seemed to have almost resigned herself to being defeated by Delta.

She noted the long tail “feels more like a tentacle that has been incredibly hard to shake”.

She spoke about Delta having accelerated the planned transition to a vaccinated world, well before we had the vaccination levels required for that.

And she acknowledged getting back to zero cases was “incredibly difficult” (but not impossible) and the lockdowns alone were not going to achieve it – at least not “quickly”.

It still remains unclear whether that meant the PM was now abandoning that mission.

It is highly possible the reason it is unclear is because the PM herself simply does not know.

But a lot rests on that question: not least the issue of just how long Auckland will be under restrictions and how harsh those restrictions will be.

Is Ardern’s plan now some form of eased lockdown for potentially months to keep Covid-19 in Auckland only while double-shot vaccination rates get up?

Or is it staying in a strict lockdown in one last-ditch attempt to get back to zero?

Ardern must surely be wondering whether staying at level 4 for another week or two could have done it, rather than dropping to level 3.

At the time she did that, she insisted it should be enough: the virus was contained and previous outbreaks had been quashed at level 3 without the need to resort to level 4.

In that statement, she broke her own cardinal rule: with Delta, everything is different and you can’t expect the same outcomes you got before.

Aucklanders would have hated it. But at that point they would have done it.

Ardern had planned to transition to living with Covid, but it seems she never entertained the prospect of not being able to do that on her own terms and in her own time.

Instead, Delta is now setting the terms and the timeframes. One of the trickiest policy questions Ardern was set to face may now have been taken out of her hands: when to let Covid back into the country.

The international media have enjoyed a spate of columns pointing out how the mighty have fallen – the mighty being Ardern and the fall being her control over Covid.

What is clear is that despite warnings New Zealand’s Covid-free way of life was a fairy tale that might not have a happy ending, it was very much Plan A for Ardern.

The PM is now scrambling to try to get plan B in place at least 6-8 weeks earlier than she planned. Some elements of that plan should have been in place long ago, ready to go.

The most visible sign of that scramble is the urgency around the vaccinations drive.

There was the instruction not to wait the full six weeks between doses, but to bring the second dose forward.

Much of the focus had been on vaccinating Auckland. The rest of the country had not faced the same axe hanging over their heads and in many regions the rates were dawdling well behind.

The Ministry of Health’s release of town by town and suburb by suburb vaccination rates was a sobering reminder of how vulnerable we still are.

There is also the rushed effort to introduce vaccine certificates and possibly mandating vaccinations for some workers, including teachers and healthcare workers.

In normal times these would be considered draconian steps, and great care and attention would have to be taken. They are not as draconian as lockdowns, but they are also intended to be much longer-term measures, so it does matter.

If the PM has not given up and genuinely believes zero cases remains possible, she needs to be much clearer about it.

Aucklanders will be even less willing to stomach restrictions if they sense it is a futile effort. She needs to persuade people it is possible.

One of the theories put up for Ardern easing back was that the outbreak was spreading through gang communities, people who were not renowned for following rules.

Given Ardern’s love of control and the situation we are now in, she can perhaps be forgiven for her jump-the-shark moment in exerting what control she has left.

When she cast her multi-stepped dreamcoat over Auckland’s level three on Monday, she added a rule on the hop: an edict that people could not use other people’s toilets.

It was a King Canute-esque order, given toilet requirements are as natural and unstoppable force as the tide.

It is becoming increasingly apparent the same can be said about Ardern’s ability to halt Delta.