Home » Business » Joe Allen Dies: Legendary Restaurateur To Broadway Theater Folk And The Fans Who Loved Them Was 87 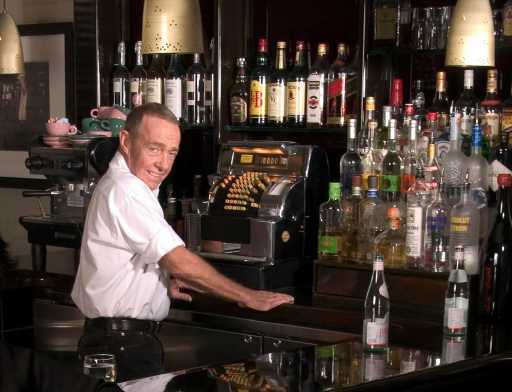 Joe Allen, whose self-named restaurant on W. 46th Street in Manhattan’s theater district has been a sort of commissary-slash-clubhouse for Broadway folks – and that fans who love them – since opening in 1965, died Sunday at an assisted living facility  in Hampton, N.H. He was 87.

His death was confirmed by son Taylor in a New York Times obituary. A cause of death was not stated.

With its walls lined with posters of Broadway flops – a longtime tradition – Joe Allen’s was the kind of insider, shared knowledge clubhouse that appeared to both the ecstatic stars of hits and shellshocked soon-to-be seekers of unemployment of the ravaged.

So popular was Joe Allen’s that Allen eventually took over the eatery next door – Orso – and, in 2005, added Bar Centrale above Joe Allen. Like the rest of Broadway, Allen’s three venues are currently closed due to the Covid pandemic shutdown.

Allen’s 1965 arrival in the west-of-Times Square locale did not scream success. The dilapidated district was far from the inviting tourist-friendly spot that would begin to emerge in the 1990s, not did it yet have the stamp of marketing appeal moniker Restaurant Row.

But with its New York signifying brick interior walls and that welcoming variety of Broadway posters, Joe Allen’s would eventually challenge Sardi’s as the theater community spot for a post-curtain supper, drinks, to congregate with your own and sometimes earn some rent as a server. Allen himself would come to live in the restaurant building, purchasing an apartment above the original restaurant.

A native of Brooklyn and growing up in Queens, Allen initially entered the clothing trade, but when the owner of the P.J. Clarke’s restaurant lounge invited him into the business, jumped aboard. He later went into the eatery business with another deep-pocketed friend, and his lifetime career focus was set.

Allen is survived by children Taylor and Julie.