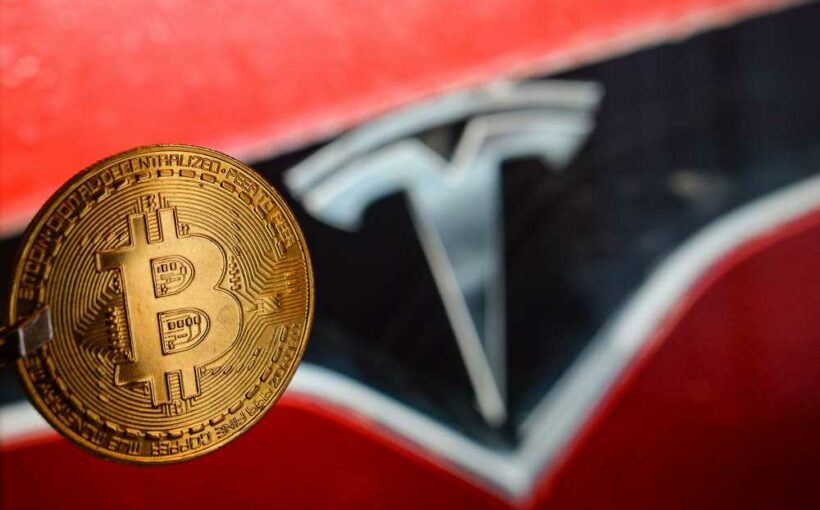 Tesla buys $1.5 billion in bitcoin, sending it to all-time high

Fraudster refuses to give up password for bitcoin wallet worth $60M

Bitcoin touched a fresh all-time high Tuesday as Tesla’s $1.5 billion investment in the cryptocurrency pushed it further into the mainstream.

Bitcoin’s price surged as high as $48,226.25 in the early morning, according to CoinDesk, continuing a rally that started Monday after Elon Musk’s electric-car maker announced that it had moved a chunk of its balance sheet into the crypto market.

The world’s biggest digital currency pared the gains into the morning and was recently trading at $45,705.85, about 4 percent higher than a day earlier.

Bitcoin has surged about 60 percent this year and roughly tripled over the past three months amid signs that it was gaining broader acceptance among institutional investors as well as retail traders.

Tesla’s big buy-in, paired with an announcement that it plans to start accepting Bitcoin as payment, “is a major vote of confidence for the future of the cryptocurrency and could have effects on the market well beyond yesterday’s knee-jerk reaction,” Axi market analyst Milan Cutkovic said.

Bitcoin hasn’t been the only cryptocurrency to rally this week. Ether, the second-largest coin by market value, also touched a record high of $1,824.59 early Tuesday after the Chicago Mercantile Exchange launched futures contracts for it this week, according to CoinDesk.

And Dogecoin, a meme-inspired crypto coin, hit an all-time high Sunday after Snoop Dogg and Gene Simmons joined Musk in talking it up.

Musk has become a prominent cryptocurrency booster, and he publicly mused about moving part of Tesla’s balance sheet into Bitcoin a couple months before the automaker announced that it had pulled the trigger.

But it remains to be seen whether other big companies will follow suit given the risks that come with investing in Bitcoin, including its volatility.

“Most shareholders own Tesla because they expect them to make money selling cars, not by trading cryptocurrencies with shareholder capital,” said Jerry Klein, managing director and partner at New York-based Treasury Partners. “CFOs are willing to accept risk in their overall business, but not with the cash on their balance sheet.”