Home » Business » Lifestyles of the rich and gullible: The Theranos edition 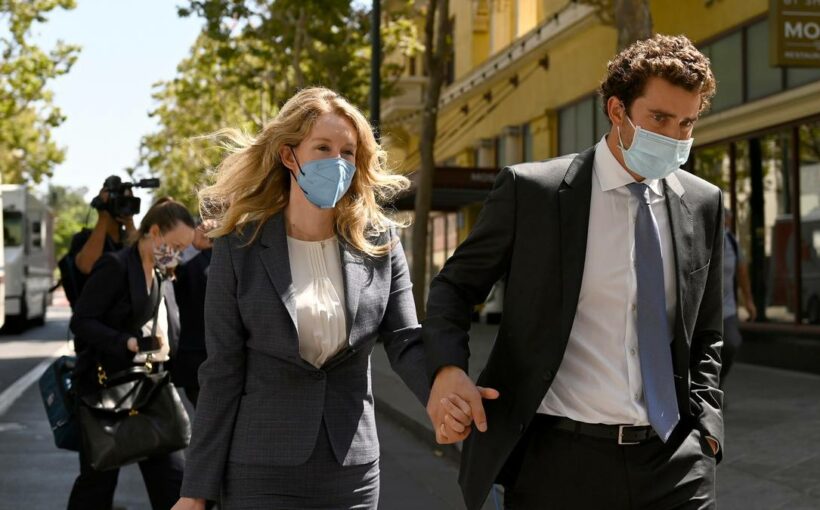 Average investors were not able to get in on the last decade’s start-up boom in private markets. Once that seemed unfair. Now it looks lucky.

Ozy Media told investors it had “strong financial performance, seemingly impressive viewership metrics and significant institutional investor interest,” according to a firm that heard the pitch. In return, it got US$2 million in funding, adding to its US$83 million haul. Last week, that firm sued, alleging fraud and concealment.

Elizabeth Holmes used endorsements from pharmaceutical companies to convince investors that machines made by Theranos, her blood testing startup, could conduct hundreds of tests using a finger stick of blood. They gave her nearly US$1 billion. Those endorsements, among many of Holmes’ claims, were fabricated, according to arguments made by federal prosecutors in court last month.

In the three years since Holmes was charged with defrauding investors about Theranos, other prominent investors have revealed how they were persuaded to give significant backing to startups that defied logic. WeWork claimed it had a healthy, profitable business when it was setting cash on fire. Nikola, an autonomous trucking company, rolled a truck down a hill to show its vehicles could drive itself.

These startup scandals have given the world memes, Halloween costumes and ironic swag. But more than anything, their stories are a source of schadenfreude.

When the dot-com bubble of the 1990s came crashing down, the Joe and Jane investors who poured their retirement funds into doomed startup stocks were painted as sympathetic victims. But the last decade’s startup boom happened in the private markets, with blessings of unicorns — private companies worth US$1 billion or more — galloping the hills of Silicon Valley, collecting seemingly limitless cash primarily from the very wealthy.

People below a certain net worth are, by law, not allowed to invest in these magical ungulates. The privilege of writing a check to an ambitious founder’s private startup is something people fight for, and market watchers have bemoaned the fact that the less well-off were missing out on the opportunity to invest in hot ventures before they took off.

So when a startup implodes, the venture capitalists, celebrities and billionaires are the ones who lose. It is Rupert Murdoch, who backed Theranos, or Laurene Powell Jobs, who invested in Ozy Media.

The drumbeat of high-profile implosions serves as a reminder of how risky the startup gamble is — and how frequently companies stretch the truth. If the wealthy were supposed to have the resources and sophistication to do their diligence, the scandals show they didn’t — or at least, they didn’t care. They wrote checks based on data that made no sense or promises that didn’t add up. In startup land, the cautionary tales loom as large as the success stories; hurdles to regular investors getting in early are looking like a lucky break.

Not long ago, we lived vicariously through the 1 per cent by watching Lifestyles of the Rich and Famous or Cribs. Now, we obsess over the details of how they were duped.

In San Jose, California, where Holmes’ trial has been happening for the past month, multiple book clubs that read Bad Blood, which chronicles the downfall of Theranos, have made pilgrimages to catch a glimpse of her in the courtroom. One eager attendee told me she was “a fan of white-collar crime.”

The bubbling zeal for grift mirrors the rise of the “murderinos,” or fans of true murder stories. We feel relief that we’re not the victim. Few among us are likely to lose millions — or hundreds of millions — on a shady startup bet.

“Psychological distance enables us to laugh at things that, if they happened to us, we would be ashamed, embarrassed or hurt by,” said Peter Atwater, an adjunct professor at the College of William & Mary who researches confidence in decision-making. “Finally, some of the rich have been as deceived as we, the poor.”

For so-called fans of white-collar crime, the startup scam cannon offers a growing bounty to feast on. There is the recent revelation that an Ozy executive impersonated a representative from YouTube on a call with Goldman Sachs to try to secure an investment. There are the doctored invoices that Manish Lachwani used to inflate revenues of HeadSpin, a software company he founded, in order to obtain US$60 million in funding, according to a recent criminal indictment. (HeadSpin said it returned funds and had cooperated with investigators.) There’s the fraudulent insurance reimbursement requests at uBiome, the poop-testing startup whose founders, officials said, misled investors in order to raise US$65 million, leading prosecutors to charge them with more than 40 counts of fraud in February. There are the private investigators and legal bullying tactics that Theranos used to intimidate whistleblowers, according to recent court testimony.

They follow a formula as old as The Music Man” A charismatic founder paints himself as a visionary disrupter. Holmes said Theranos’ blood analysis machines could deliver hundreds of medical tests quickly and cheaply from a single drop of blood. That promise appealed to people like General James Mattis, who testified that he saw the potential to save lives on the battlefield, or Steve Burd, the former chief executive of Safeway who testified that putting the machines in stores would open up a new line of business for the grocery chain.

Once one wealthy person buys in, the founder can use that benefactor’s credibility to collect a stable of powerful supporters. In Theranos’ case, George P. Shultz, the former secretary of state, introduced Holmes to his friends at the Hoover Institution, including Henry Kissinger and Mattis. Everyone assumes the first investor asked all the hard questions. Further probing is brushed off as a trade secret.

The claims can be flimsy. Theranos projected US$990 million in revenue in 2015. The reality, it was revealed in court, was closer to zero. Ozy Media claimed it had written the first stories on people like Alexandria Ocasio-Cortez. It had not. Jessica Richman, a co-founder of uBiome, told reporters she qualified for “under 30” and “under 40” lists. She was over 40, according to the indictment. Adam Neumann promised that by 2018, WeLive, WeWork’s apartment side project, would have US$600 million in revenue, according to The Cult of We,”a book on the company. It never expanded beyond two buildings with a few hundred units.

It is worth noting, in tallying this chapter of startup history, that Holmes has pleaded not guilty to all criminal charges. And, in contrast to that continuing case and others, WeWork and Ozy have not been charged with criminal fraud.

To those watching from the sidelines, it all looks so obvious. But beneath the know-it-all tweets, there is a creeping sense that the psychological distance between the masses of 401(k) investors and the billionaire marks may not be that far.

More regular people are finding ways to invest in startups via new tech platforms and evolving securities rules, adding to a bubbly, inflated environment for startup investing. Private tech companies raised a record high of US$156 billion last year, fivefold that of a decade ago. Last week a website called Visionrare began offering fantasy startup investing via non-fungible tokens, or NFTs. (It shuttered after one day, citing unexpected legal complexities.)

Meanwhile, stock trading became a pandemic pastime just as more startups began going public via special purpose acquisition vehicles, allowing them to skirt certain disclosure and marketing restrictions. And low interest rates, combined with an abundance of cash, has pushed investors to take on more risk, leading to manias in everything from stocks and cryptocurrencies to trading cards. Top it off with the enduring reality of modern media that charisma will always seem more compelling than competence.

Against that backdrop, Ozy and Theranos look like early warning signs, not outliers.

The most extreme scenarios always fail first, Atwater said: “There are hundreds, if not thousands more that are likely to fail if confidence continues to deteriorate.”