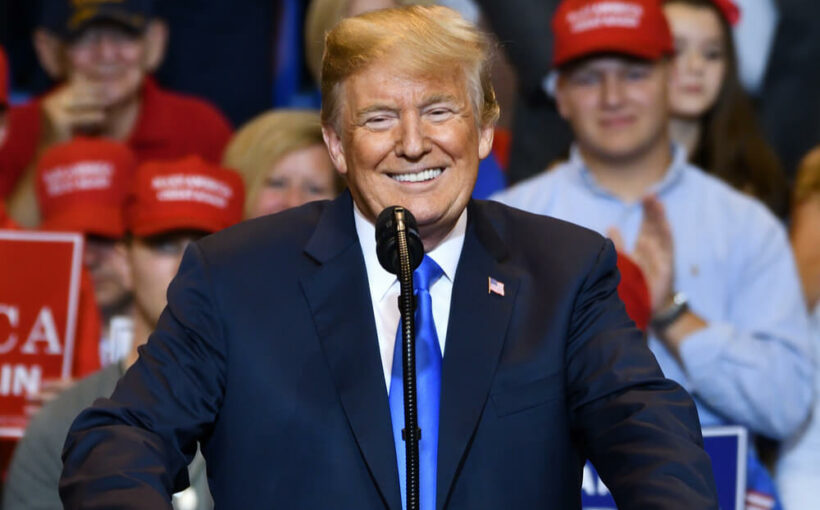 Donald Trump – the 45th President of the United States – doesn’t want other currencies coming in and threatening the U.S. dollar. This includes bitcoin.

Trump has not always been friendly to bitcoin. He made several disparaging comments about the digital asset in 2019 that saw many people react negatively and lash out on Twitter. His comments were:

I am not a fan of bitcoin and other cryptocurrencies, which are not money, and whose value is highly volatile and based on thin air. Unregulated crypto assets can facilitate unlawful behavior, including drug trade and other illegal activity.

Now, it looks like Trump is primarily worried about the digital yuan, the national cryptocurrency being developed by China. The country first introduced plans to initiate the coin within its society about two years ago, and the currency has now undergone a serious period of testing that has seen it used by select individuals and businesses alike. Trump feels the asset could be a threat to the U.S. and to other nations, as the currency was allegedly developed to take over global markets.

In a recent interview, he stated:

I’m a big fan of our currency and I don’t want to have other currencies coming out and hurting or demeaning the dollar in any way. If you look at a monetary system based on the dollar, if you start losing credibility, suddenly you’re going to lose that strong monetary system. We have to be very careful.

Back in June of this year, Trump appeared on “Fox Business” and explained that he felt bitcoin was a scam. He also advised listeners against investing in it. He said:

The currency of this world should be the dollar, and I don’t think we should have all the bitcoins of the world out there. I think they should regulate them very, very high. It takes the edge off the dollar and the importance of the dollar.

The President’s comments are coming at a time when the U.S. appears hellbent on regulating cryptocurrency, even when those regulations don’t make sense or can be damaging in some way. Verbiage in the recent infrastructure bill, for example, seeks to make tax reporting for crypto holders much stricter, and may lead to roughly $28 billion in additional payments for digital asset traders.

Unable to Clear Things Up

It is disconcerting to me that for three years now I’ve been asking for regulatory clarity, and we can’t seem to provide any. I think this is really becoming a huge barrier to this industry being able to develop in a way that’s safe, but also in a way that allows innovation to happen, and it’s a real shame to me that we are not just taking up the mantle as regulators to develop a regulatory framework.