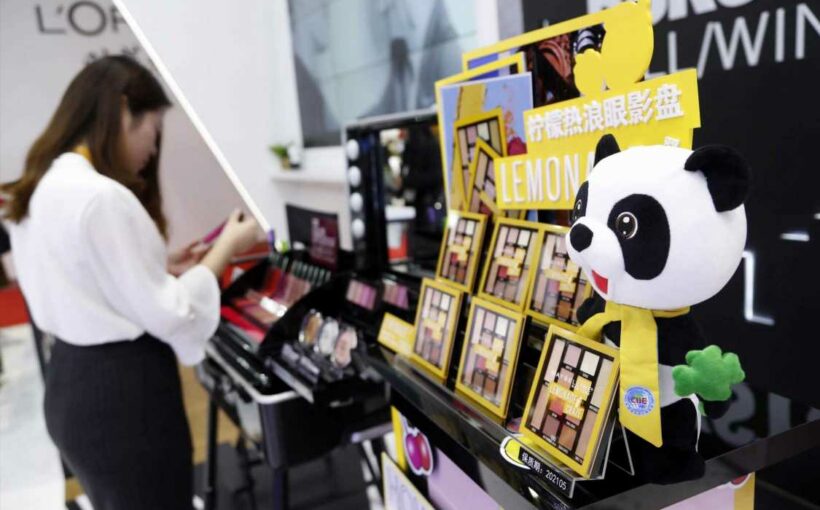 Earnings at luxury retailers and beauty companies were dented by the closure of airport duty-free shops and high street stores, while the health crisis has changed consumer habits as people stay home and face masks reduce demand for make-up.

But cosmetics groups have benefited from demand for skincare products as well as pampering treatments for use at home, including hair dyes.

France's L'Oreal, which is behind the Maybelline and Lancome brands, said an easing of lockdowns in the second half of 2020, with the reopening of hair salons, had also helped sales of its professional products.

Its online revenues jumped 62% in 2020 as a whole, reaching over a quarter of total sales.

"With the pandemic, we've advanced by five years on the digital side," Chairman and Chief Executive Jean-Paul Agon told Les Echos newspaper, ahead of a conference call with analysts on Friday.

L'Oreal's sales reached 7.88 billion euros ($9.56 billion) in the October to December period, flat from a year earlier on a reported basis but a rise of 4.8% like-for-like, without currency effects and acquisitions.

That beat estimates that ranged from flat to 3% growth, and marked a pick-up from a quarter earlier.

The group said sales in China in particular were "spectacular," echoing rebounding demand noted by fashion groups such as Louis Vuitton owner LVMH after lockdown restrictions were eased.

Agon – who is set to hand over the CEO role to his No. 2, Nicolas Hieronimus, later this year – told Les Echos that L'Oreal had outperformed an 8% fall in the broader beauty market in 2020, with the group's yearly sales down 4.1% like-for-like.

The company maintained all of its product launches for 2020, which helped, he added.

Agon said he remained prudent for 2021 but was confident demand for beauty products would soar in the longer term.

"I'm convinced that when we come out of this crisis, it will be like the 1920s," he told the newspaper.

"After years of anxiety, there will be a feeling of freedom, of wanting to party and go out and socialise again, and to wear make-up and perfume."