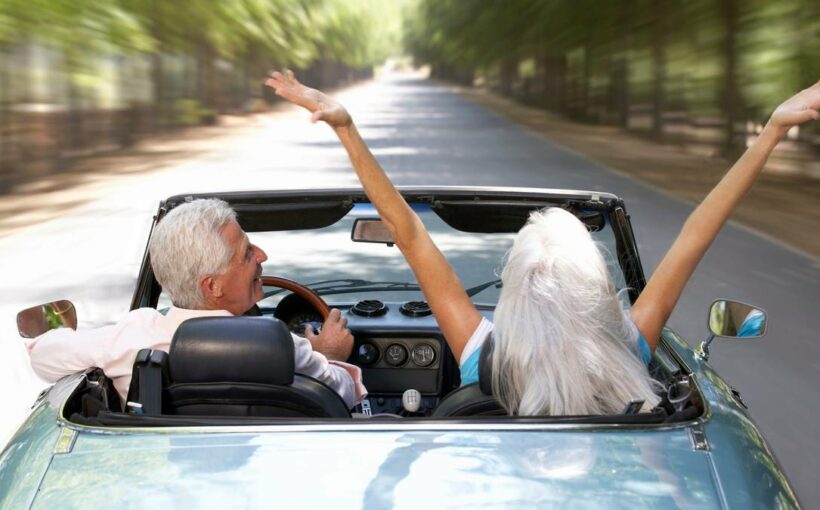 The regular Mary Holm column is on holiday until January 29. In the mean time, the New Zealand Herald will be publishing extracts from her book A Richer You – How to Make the Most of Your Money.

Q: I have listened to many of your on-air interviews and read several of your articles over the years. While I agree with your views on most things, I was disappointed and surprised to read that you believed in spending your children’s inheritance.

I don’t agree that children will squander an inheritance. On the contrary, my experience, over several family generations, is that heirs take the responsibility to look after and grow an inheritance very seriously, enjoying the benefits of some additional money while aiming to grow it for another generation.

A: There’s been a misunderstanding here. The reasons I encourage retired people to ‘SKI’, or ‘spend the kids’ inheritance’, have nothing to do with whether the children will squander the money. I agree that many families handle inheritances well – although there are also cases of the opposite.

My concern is that many people deprive themselves during their retirement so they can leave money to children who don’t need it as much as their parents did.

In any case, most retired people these days own their own homes, and commonly leave these to their children. Houses are worth more, relative to incomes, than they used to be.

And given that families are smaller than a generation or two ago – so the home often goes to just one, two or three children – each child gets a pretty generous chunk of money. Usually they don’t need to inherit their parents’ investments as well.

True, occasionally the parents have used a reverse mortgage, which eats into the value of the house to be inherited. But usually there’s still a fair bit left over for the estate.

Another point was made at a recent conference at the Retirement Policy and Research Centre at the University of Auckland. Life expectancies are growing fast, and these days it’s common for people to live well into their eighties and nineties. That means that by the time the children inherit, they are often in their fifties, sixties or even seventies, and don’t need more money at that stage.

The trend is for parents to help their children much earlier on – perhaps to cover university expenses or assist with a first-home deposit. That probably works better for both generations. The young ones get the money when they most need it, and the older ones have the pleasure of seeing their money in use by their whanau.

In many families it’s a good idea for parents and adult children to discuss all this openly: ‘You get the money now, rather than later.’ And, by the way, if the children are not happy to see their parents spending on a few luxuries in retirement, that might signal that the kids don’t deserve to inherit!

P.S. There’s another issue here, too. It seems pretty obvious that inheritances contribute to the widening gap between the rich and the poor in New Zealand.

Roaming the world for 16 years

Q: I read with interest the correspondence on ‘how much is enough’ to retire on. A major key is home ownership of course. Without that – or a comfortable motorhome perhaps – all bets are off.

At 85, with a debt-free house and by myself in Auckland, I find that NZ Super covers my everyday costs including rates and car, with a very small other income to handle any extras – but that’s often added to a modest nest egg.

Until my wife and best friend died, we largely roamed the world for about 16 years. Yes, this cost a lot, but it was worth every penny, and when better to do so than when we could. Now I know I can live comfortably and securely if not extravagantly on little more than NZ Super.

A: Thanks for confirming what others say – that NZ Super is enough later in retirement.

You’re also encouraging people to spend on travel earlier in retirement. That might worry some people. What if they need more money than expected later on – perhaps for extra medical care or major house repairs?

But if you have a mortgage-free home, a reverse mortgage could cover that. There’s a lot to be said for travelling while the sun shines – Covid permitting of course!

More on how they did it

Q: I saw my letter in your column last week. A small addendum. I didn’t actually intend to encourage others on retirement travel, although truthfully for anyone with the ‘bug’ and enough common sense to keep financially safe I can think of no better way to cap off a life.

We retired with a freehold house in a good Auckland suburb, a fairly modest nest egg – by the standard of some of your correspondents – of about $150,000, but supported over the years by letting the house out, and using the equity in the house to buy and sell a couple of properties at a significant profit. (If we had behaved like that throughout our lives, we could have been quite wealthy.)

Income from investments and letting the house more than doubled the Super. Also, the capital gain on property transactions added about the equivalent of the initial nest egg.

We were determined to avoid profligate spending while travelling. We met and knew people who simply did not employ discipline in their travel spending habits and some came back to earth with debts that were hard to swallow. Having a debt-free house at the end was paramount.

Over a period of about 17 years we roamed – just roamed. We visited around 70 countries, lived in a few for a few months at a time, and in the last decade before my wife died, we often spent six months overseas.

Flitting around the world spontaneously is remarkably freeing. We rarely rigidly programmed our journeys – just went, enjoyed and improvised. I think this cost us about $600,000, give or take a bit. We were very good at finding bargains. To do this in financial safety, I designed travel software which both planned and costed each journey and provided detailed in-journey budget control. We never went over budget.

I suppose we would still be going if my wife had not become ill and died. And Covid of course. We had a ball!

A: Thanks for telling us more. Your small addendum actually became quite large, because I went back to you with questions.

I wouldn’t like to see others counting on making big money on buying and selling property. Prices don’t always rise obligingly. But I’m sure your letter will inspire many others to hit the road in retirement – Covid willing.

– A Richer You, by Mary Holm. Published by HarperCollins NZ.

– Mary Holm, ONZM, is a freelance journalist, a seminar presenter and a bestselling author on personal finance. She is a director of Financial Services Complaints Ltd (FSCL) and a former director of the Financial Markets Authority. Her opinions do not reflect the position of any organisation in which she holds office. Mary’s advice is of a general nature, and she is not responsible for any loss that any reader may suffer from following it. Send questions to [email protected] Letters should not exceed 200 words. We won’t publish your name. Please provide a (preferably daytime) phone number. Unfortunately, Mary cannot answer all questions, correspond directly with readers, or give financial advice.