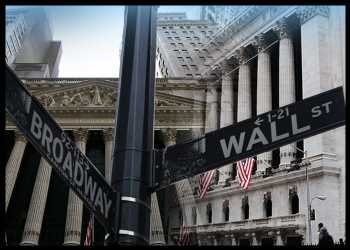 Extending a recent upward trend, the Nasdaq and the S&P 500 reached new record closing highs during trading on Thursday. The narrower Dow bucked the uptrend, however, with the blue chip index closing modestly lower.

The continued advance by the Nasdaq and the S&P 500 partly reflected recent upward momentum, which has helped continually propel stocks to new record highs.

Traders also continued to react positively to the Federal Reserve’s latest monetary policy announcement, with the central bank announcing plans to scale back its asset purchases but signaling it won’t be in a hurry to begin raising interest rates.

On the U.S. economic front, the Labor Department released a report showing another modest decrease in first-time claims for U.S. unemployment benefits in the week ended October 30th.

Economists had expected initial jobless claims to edge down to 277,000 from the 281,000 originally reported for the previous week.

Jobless claims decreased for the fifth straight week, once again falling to their lowest level since hitting 256,000 in the week ended March 14, 2020.

Meanwhile, a separate report from the Commerce Department showed the U.S. trade deficit widened much more than expected in the month of September.

The Commerce Department said the trade deficit widened to $80.9 billion in September from a revised $72.8 billion in August.

Economists had expected the deficit to widen to $74.1 billion from the $73.3 billion originally reported for the previous month.

Qualcomm helped lead a rally by semiconductor stocks, with the Philadelphia Semiconductor Index surging up by 3.5 percent to a new record closing high.

Notable strength also emerged among retail stocks, as reflected by the 1.3 gain posted by the Dow Jones U.S. Retail Index. The index also finished the session at a record closing high.

On the other hand, tobacco stocks showed a substantial move to the downside on the day, dragging the NYSE Arca Tobacco Index down by 2.7 percent.

The major European markets also moved to the upside on the day. While the French CAC 40 Index climbed by 0.5 percent, the German DAX Index and the U.K.’s FTSE 100 Index both rose by 0.4 percent.

In the bond market, treasuries rebounded after turning lower over the course of the previous session. As a result, the yield on the benchmark ten-year note, which moves opposite of its price, slid 5.5 basis points at 1.524 percent.

Trading on Friday is likely to be driven by reaction to the Labor Department’s closely watched monthly employment report for October.