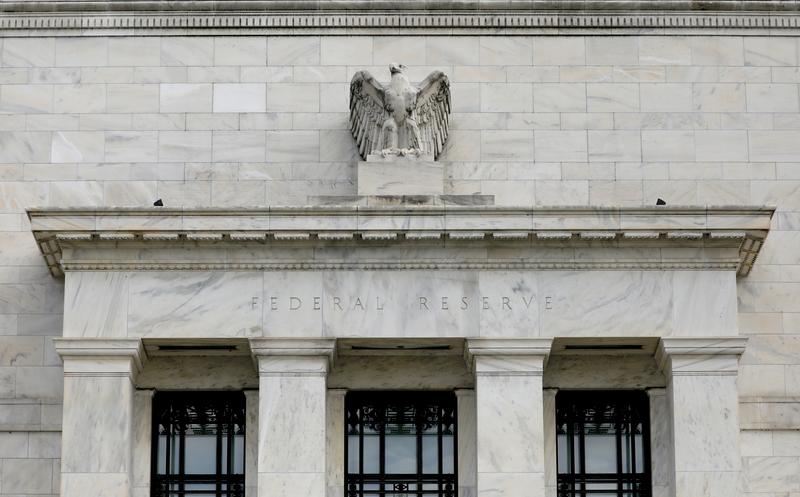 WASHINGTON (Reuters) – Federal Reserve Chair Jerome Powell, in a high-profile speech in August, outlined the arguments for why the current bout of high U.S. inflation will be “transitory,” and moderate on its own over time.

New data released on Friday show the jury is still out, with the personal consumption expenditures price index rising in September at a 4.4% annual rate versus 4.2% in August, continuing a run of inflation at levels not seen in 30 years.

Excluding food and energy costs, the index rose at a 3.6% annual rate in September, matching the rise in the prior three months and a sign that price increases continue even when some of the more volatile items are excluded.

Employment costs, noted by Powell as something to watch closely, rose in the third quarter at the highest rate since 2001.

The U.S. central bank meets next week to update its views about the economy and monetary policy, as officials balance their hope to support the economy with low interest rates for as long as possible against concerns inflation may be moving too fast.

Here’s how the inflation story has evolved:

Fed officials knew early this year that inflation would rise as the global economy rebounded from the coronavirus pandemic. But where some economists felt record levels of federal spending would produce persistent price increases, most Fed officials expected a fleeting episode driven at first by simple math – the “base effects” of a weak economy returning to normal – along with some inevitable bumps in the reopening.

At their March 16-17 policy meeting, Fed officials marked up their inflation outlook for 2021. Powell, speaking in a news conference after the release of the policy statement and economic projections, said those “relatively modest increases in inflation … will turn out to be a one-time sort of bulge … There was a time when inflation went up, it would stay up. And that time is not now.”

By September, however, inflation was running at twice the Fed’s 2% target, and officials’ projections moved higher.

Powell’s own language shifted. “As the reopening continues, bottlenecks, hiring difficulties, and other constraints could again prove to be greater and longer lasting than anticipated, posing upside risks to inflation,” he told reporters after the end of the central bank’s Sept. 21-22 policy meeting.

Some policymakers have pinpointed the end of the year as the moment when inflation needs to ease, or they’ll worry they got it wrong.

Powell and many others still think that will happen, but on a longer timetable than first anticipated, with September data showing little evidence of the expected slowdown.

“The spike in inflation is so far largely the product of a relatively narrow group of goods and services that have been directly affected by the pandemic and the reopening of the economy,” Powell said in his August remarks.

He cited the fact that alternate inflation measures which toss out the strongest price influences remained moderate. But those measures have moved higher since he spoke, reflecting broader price increases.

Policymakers, Powell said, are also “directly monitoring the prices of particular goods and services most affected by the pandemic and the reopening, and are beginning to see a moderation in some cases.”

Powell cited the well-known example of used autos. Used vehicle prices rose at a record pace over the summer, and that has in fact eased. But he also mentioned that price hikes for durable goods in general should moderate, and by some measures that has not yet happened. Inflation for durable goods rose 7.3% in September on an annual basis, versus 7% in August.

“Today we see little evidence of wage increases that might threaten excessive inflation,” Powell said in August. “We will continue to monitor this carefully.”

The costs of compensation jumped 1.3% for the three months ending in September, the largest increase since 2001, leaving the Fed to assess whether the adjustment of labor supply and demand is near its end, or only beginning. Compensation costs for the hard-hit food and accommodations industry rose more than 7% on an annual basis.

“Longer-term inflation expectations have moved much less than actual inflation or near-term expectations, suggesting that households, businesses, and market participants also believe that current high inflation readings are likely to prove transitory,” Powell said.An argument can be made that the Fed is paying more attention to expectations than inflation itself, though measurement of them is less certain. They have been drifting higher, and if that continues it would be of particular concern.

Perhaps the most faith-based aspect of Powell’s August speech was his reference to the global influence of technology, demographics, and smooth world supply chains in anchoring prices.

“While the underlying global disinflationary factors are likely to evolve over time, there is little reason to think that they have suddenly reversed or abated,” Powell said. “It seems more likely that they will continue to weigh on inflation as the pandemic passes into history.”The truth of that will depend on developments far outside the Fed’s control, from the global flow of capital to China, for example, as the rule of Chinese leader Xi Jinping evolves, to the impact of climate change mitigation efforts that are still in their infancy.