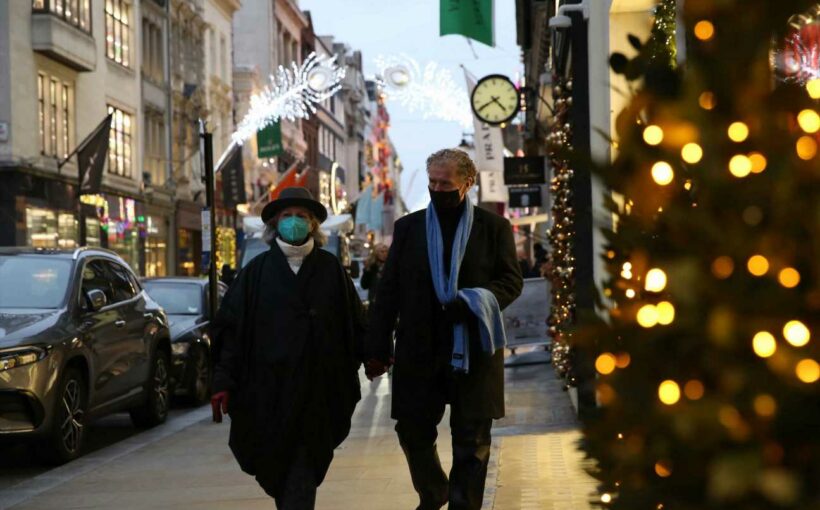 LONDON — Horrific scenes seen in previous Covid-19 waves are "now history," according to John Bell, a regius professor of medicine at the University of Oxford and the U.K. government's life sciences advisor.

Speaking to BBC Radio 4 on Tuesday, Bell analyzed data from the U.K., where cases are breaking records and hospital admissions are at their highest since March. He said that the number of people in ICUs who are vaccinated remains "very, very low."

"The incidence of severe disease and death from this disease [Covid] has basically not changed since we all got vaccinated and that's really important to remember," he told the BBC.

"The horrific scenes that we saw a year ago — intensive care units being full, lots of people dying prematurely — that is now history in my view and I think we should be reassured that that's likely to continue."

Discussing the new omicron variant, he added: "The disease does appear to be less severe, and many people spend a relatively short time in hospital, they don't need high-flow oxygen, average length of stay is apparently three days, this is not the same disease as we were seeing a year ago."

A U.K. government study published Thursday said that people are far less likely to be admitted to the hospital with the Covid omicron variant than with the previous delta strain.

The U.K. Health Security Agency said individuals with omicron are estimated to be between 31% and 45% less likely to attend emergency departments compared with those with delta, and 50% to 70% less likely to require admission to a hospital.

The analysis is "preliminary and highly uncertain" owing to the small numbers of omicron cases currently in hospitals, but it does tally with similar findings from scientists in South Africa and research teams at Imperial College London and the University of Edinburgh.

Although the number of daily deaths remains low and initial research suggests that the omicron variant is not as severe as other Covid strains, health experts have repeatedly warned that the sheer number of infections could lead to mounting fatalities and an overwhelmed health-care system.

Danny Altmann, professor of immunology at Imperial College London, told CNBC via email last week that even if omicron does prove to be "milder" than other strains, the potential caseload could double or triple the number of people needing hospitalization in the U.K., where the virus is rampant — with particular risk to the unvaccinated.

Looking at the U.K. specifically, he said: "At a time when NHS (National Health Service) are a) massively depleted by omicron and b) massively stretched and fatigued after two thankless years on the frontline, this would be untenable," he said, adding that there are "no green shoots yet."

U.K. leader Boris Johnson on Monday held off on imposing any new Covid-19 restrictions for England, at least before the end of this year.

Scotland, Wales and Northern Ireland have already started new curbs to limit the spread of the omicron variant, but England has stuck with current stay-at-home orders and increased mask-wearing.

Bell said Tuesday that Johnson's lack of action on Monday was "probably fine" and noted that people's behavior in England had changed anyway, with many being "pretty responsible." Hospital admissions are still below 400 a day in London, which is a seen as a crucial threshold for the government.

The U.K. has reported over 12.4 million infections — with another 129,471 on Tuesday — and at least 148,488 deaths since the onset of the pandemic in early 2020, according to data complied by Johns Hopkins University.

—CNBC's Elliot Smith and Ryan Browne contributed to this article.