Home » Business » Opinion: Real travesty of Baylor’s loss is it came in a matchup with UConn that should have been women’s title game 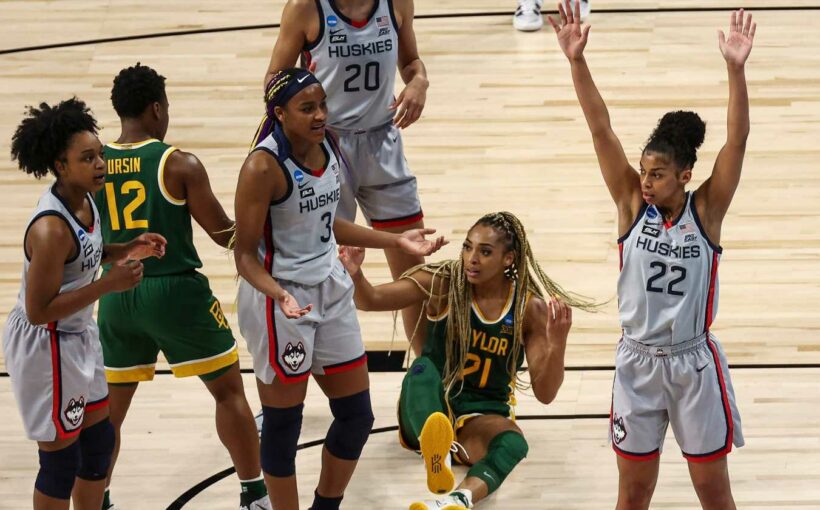 SAN ANTONIO — Maybe it was a foul. Maybe it wasn’t. It depends on your vantage point, your perspective and your allegiances, probably.

But then what about all the other calls, some of which went Baylor’s way until the one that didn’t? Sports are imperfect. That’s why they’re such a terrific reflection of humanity. Calls are made, calls are missed, and you are left to live with the outcome, good or bad.

The easy story is that a no-call on DiJonai Carrington’s shot with one second left Monday night cost second-seeded Baylor a trip to the Final Four. That the referees, rather than the players, decided the outcome.

But a 40-minute game never comes down to one play, one call. It’s a multitude of things that all add up to the final result, in this case a 69-67 win for UConn.

There was DiDi Richards’ hamstring injury, which sucked all the momentum out of Baylor when it was up 10 points on top-seeded UConn. There was Paige Bueckers finding that extra gear that special players have, erupting for 10 points in the 19-0 run that swung the momentum in UConn’s favor. There were the free throws Baylor missed down the stretch.

There was even the questionable choice on Baylor’s last possession, a play that was too slow to develop before the call that didn’t come. Carrington had been sublime all night, but it wasn’t a great look, even before Olivia Nelson-Ododa stuck a hand in her face.

Or, some would say, on her face.

“I personally don't see it as a controversial call,” Carrington said. “I've already seen the replay. One girl fouled me in my face and one girl fouled me on my arm. At that point, you can’t do anything else.”