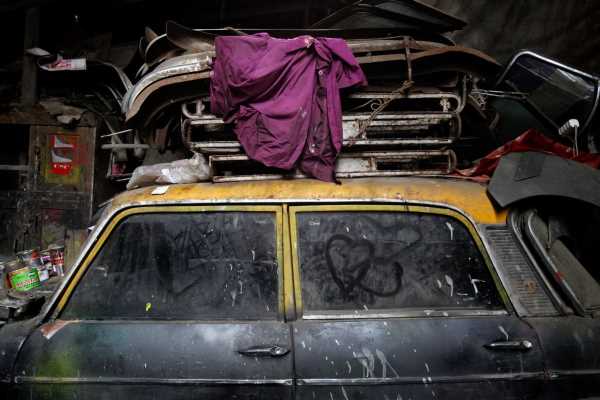 For deciding which vehicles are to be scrapped, the setting up of fitness centres and regulating them would be a humongous task. One of the things that became mandatory in the middle of the lockdown last year was the Bharat Stage VI emission norms for automobiles and auto fuel.

It is, however, argued that unless the old fleet of vehicles is off the road, the benefits of reduced pollution from these more efficient and less polluting vehicles will not be available.

This is the reason the government came out with a vehicle scrapping policy.

An estimated 8.7 million vehicles by 2015 and nearly 22 million by 2025 would reach end-of-life (ELV) status and could be available for scrapping.

The question is whether India has the capacity to handle this.

To begin with, this level of scrapping demands a good network of vehicle fitness centres that will decide which vehicles are fit or will go for scrapping.

Even after this, scrap yards would be required for dismantling and extracting the useful material from vehicles that are discarded.

Clearly, there aren’t enough scrapping yards in the country to take in the potential number of vehicles that could be scrapped, so the government is encouraging companies to set up such facilities under the policy that will come into force through the Motor Vehicles (Registration and Functions of Vehicle Scrapping Facility) Rules, 2021.

The Mahindra group is one of the organised players that has a scrapping and recycling plant along with public sector MSTC Ltd.

After the scrappage policy was announced, the group said it has signed a memorandum of understanding with Mahindra MSTC Recycling Pvt Ltd (MMRPL) for offering its customers an end-to-end solution for scrapping vehicles.

MMRPL acquires used/end-of-life vehicles to dismantle and scrap under the brand name of CERO.

Tata Motors Ltd, too, is reported to be collaborating with its dealers to build vehicle scrap yards in Howrah (West Bengal), Karnal (Haryana), Hyderabad (Telangana) and Greater Mumbai (Maharashtra), though it is not clear if it will make the investment itself.

Its sister concern, Tata Steel, had in August 2020 announced that it would be setting up a scrap processing plant of 0.5 million tonne capacity in Rohtak, Haryana.

The recycling plant will work with local traders of scrap yards, car dismantlers other than small and medium steel industries in the National Capital Region (NCR) and the Haryana region.

MMRPL unit is based near Delhi in Greater Noida.

NCR accounts for the bulk of India’s car market.

The government policy categorically states that because of “the large size and voluminous nature of the scrap to be handled”, the dismantling facility should be set up in a large area having adequate space for vehicular movement, as well as storage for the vehicles/products received and recyclable material recovered.

“It should fulfil the criteria of an adequate gated area to handle, depollute and dismantle ELVs, white goods and other scrap along with facility for measuring radiation as is followed for import of scrap,” say the rules.

To get an estimate of the scale, MMRPL’s Greater Noida campus is spread over five acres, of which the workshed area is approximately 43,450 square feet.

This means the scrapping yards would require large pieces of land or big companies would have to pitch in their own land banks.

Besides, the registered vehicle scrapping facility is required to be equipped with a depollution system, preferably with zero discharge, and dismantling is to be done by making use of best available technology for processing the ELVs, goods and other scrap.

For this, the collection centres would need to comply with health and safety legislation/regulation and environmental norms.

Aruna Sharma, former steel secretary, said the private sector should be incentivised to enter this business.

“Scrap handling is a low-capital industry with breakeven in three years.

“The incentive should be to encourage owners to scrap after the end of life of a vehicle through discounts on new vehicles,” she said.

Under the policy, ELVs refers to all vehicles that are no longer validly registered; or declared unfit through automated fitness centres; or their registrations have been cancelled under the Motor Vehicles Act; or due to an order of a court of law; or are self-declared by the legitimate registered owner as a waste vehicle due to any circumstances that may arise from fire, damage, natural disaster, riots or accident.

Vinay Raghunath, partner and leader, automotive sector, EY India, said there will be a significant pool of ELVs to target since by 2025, their count would be nearly 22 million and an anticipated increase in re-registration charges for old vehicles by 15-25 per cent will negatively impact the economics of continuing to run with old vehicles.

For deciding which vehicles are to be scrapped, the setting up of fitness centres and regulating them would be a humongous task.

The data of fitness certificate or rejection of it would be fed into the online vehicle data portal VAHAN.

The RVSF or the scrapping facility will get access to this database and will be authorised to make entries regarding scrapping of the vehicle and issuance of certificate of deposit and certificate of scrapping, either directly or through their collection centre.

This certificate of scrapping will be the basis of getting road tax concession as well as incentives up to 5 per cent on purchase of new car.

The extent of both these incentives, however, will depend on state governments and automobile manufacturers.

According to Raghunath, the implementation of Bharat Stage VI norms from April 1, 2020, has reduced emissions by 60-90 per cent when compared with BS I and BS II.

“This also highlights the importance of removing old veh­icles, particularly old diesel vehicles, from the fleet,” he added.

Raghunath said that governments around the world are looking to provide support to the automotive sector in response to the Covid-19 pandemic.

“Stimulus packages that support decarbonisation of the vehicle fleet through increased efficiency and electrification can aid in these economic recovery efforts.

“Countries like France, Italy and Spain are providing incentives in the range of $4,000-$6,000 to owners who are scrapping their conventional powertrain vehicles and progressing towards xEVs (hybrids and electric vehicles),” he said.

Nonetheless, while the scrapping policy’s purported objective is to reduce pollution, it will kick in a demand for new vehicles providing a stimulus to the automobile industry.