Home » Business » Social Security is projected to be insolvent a year earlier than previously forecast. 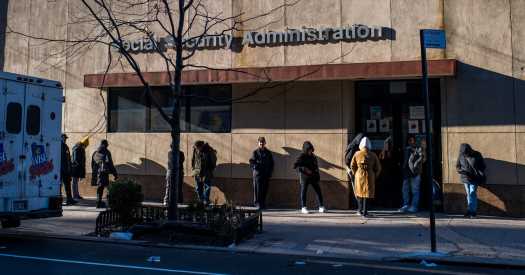 The financial outlook for Social Security is eroding more quickly than previously expected, as the coronavirus pandemic has drained government revenues and put additional strain on one of the nation’s most important social safety net programs. The overall finances for Medicare, however, are expected to hold steady, though the health program is still forecast to face financial pressure in the coming years.

Annual government reports released on Tuesday on the solvency of the programs underscored the questions about their long-term viability at a time when a wave of baby boomers are retiring and the economy faces ongoing uncertainty as variants of the coronavirus surge. The United States economy already faces soaring federal debt levels in the coming decades, but both Democrats and Republicans have been wary of making significant structural reforms to the popular programs.

“Having strong Social Security and Medicare programs is essential in order to ensure a secure retirement for all Americans, especially for our most vulnerable populations,” Treasury Secretary Janet L. Yellen said in a statement. “The Biden-Harris administration is committed to safeguarding these programs and ensuring they continue to deliver economic security and health care to older Americans.”

Senior administration officials said that the long-term effects of the pandemic on the programs are unclear. The actuaries were forced to make assumptions about how long Covid would continue to cause unusual patterns of hospitalizations and deaths and whether it would contribute to long-term disabilities among survivors.

The Social Security Old-Age and Survivors Insurance Trust Fund will now be depleted in 2033, a year earlier than previously projected, according to the report. At that time, the trust fund will run out of reserves and the program will be insolvent, with new tax revenues failing to cover scheduled payments. The report estimated that 76 percent of scheduled benefits will be able to be paid out unless Congress changes the rules to allow full payouts.