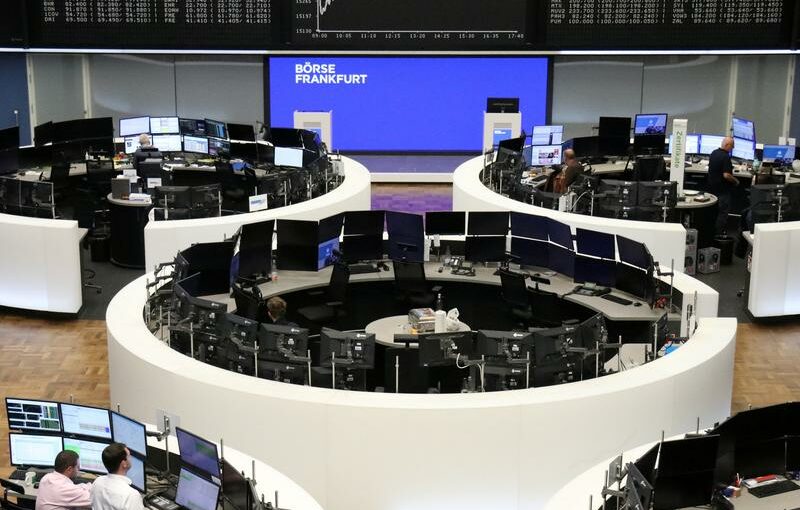 LONDON (Reuters) – Stocks found relief and riskier currencies gained on Wednesday as market jitters around China Evergrande eased, with the embattled developer striking a deal to pay a coupon on one of its domestic bonds.

The Euro STOXX 600 added as much as 0.8%, recovering its losses from earlier in the week, with shares in London and Paris both gaining around 1%.

U.S. futures were set to gain 0.5%, with Wall Street investors also focused on the Federal Reserve’s policy decision due later in the day.

Global investors have worried over a possible default by China’s No. 2 property developer, with concerns about the spillover from a messy collapse upsetting markets this week.

But Evergrande’s main unit on Wednesday said it had negotiated a deal with bondholders to settle interest payments on a domestic bond, helping calm fears of an imminent default that could unleash global financial chaos.

The news sent Evergrande’s Frankfurt-listed shares over 40% higher, after hitting multi-year lows a day earlier. It also pushed government bond yields higher, as well riskier currencies such as the Australian dollar and Chinese yuan, keeping a cap on the dollar.

“This could be a bit of a relief rally,” said Matteo Cominetta, economist at Barings Investment Institute.

“Of course some bondholders may lose some money but the contagion potential of Evergrande in terms of your bank debt, bond debt are quite limited.”

The MSCI world equity index, which tracks shares in 50 countries, was flat.

Globally, markets had already started to calm as analysts downplayed the threat of Evergrande’s troubles becoming a “Lehman moment” and setting off a financial crisis.

Analysts said the focus was shifting to gauging Beijing’s so-far muted response amid worries about the consequences for a slowing Chinese economy and local financial markets reeling from months of disruptive and radical reform.

“The world is relatively relaxed about contagion risk for now,” Deutsche Bank analysts wrote in a note, citing a flash poll from Tuesday showing that only 8% of respondents were concerned that Evergrande would still be impacting markets in a month’s time.

“The bigger risk might be the knock on impact of weaker Chinese growth.”

Digital currencies bitcoin and ether, often tied to risk sentiment and buffeted by volatility in recent days, added 4% and 6% respectively.

Moves were capped ahead of Wednesday’s Fed meeting, however, and the dollar was flat against the euro, with the risk of a hawkish Fed supporting the dollar.

Most analysts think the Fed will not go into detail about its tapering plans but say risks lie in board members’ “dot plot” of rates projections.

“Investors are not pricing in some huge hawkish surprise but are expecting tapering discussions, and tapering, to commence later this year, maybe in November, and interest rate lift-off to happen towards the end of next year,” said Salman Baig, portfolio manager at Unigestion.

The outcome of the Fed’s meeting is announced at 1800 GMT with a news conference half an hour later.