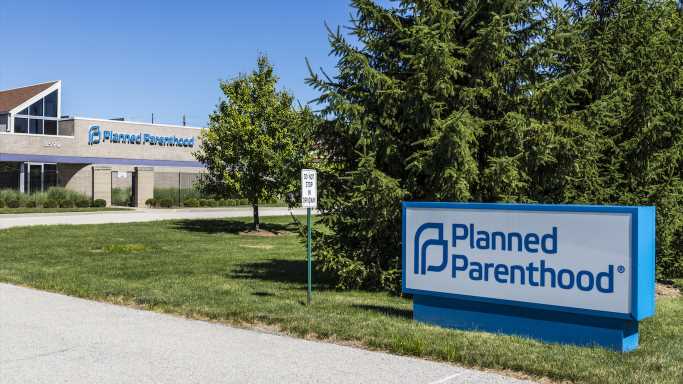 The recent Supreme Court decision to overturn Roe v. Wade eliminated constitutional protections to abortion access and has left millions of American women without this right in states where abortions are now illegal. Even before this monumental shift, abortion has been a contentious political issue – and most states have had strong legal restrictions in place for decades.

In 1976, the United States Congress enacted the Hyde Amendment, which prohibits the use of Medicaid to fund abortion services. Because Medicaid is a government-funded health insurance program for low-income Americans, the Hyde Amendment effectively restricted abortion access for the most economically vulnerable Americans.

While some states have enacted policies to fund abortion services for Medicaid recipients, the vast majority have not. 24/7 Wall St. reviewed Medicaid laws across the U.S. to identify the 34 states where abortion access has been restricted since 1976.

Though it is not a permanent law, the Hyde Amendment is a rider to the Congressional appropriations bill and is renewed annually by the legislature. Since 1994, the amendment has included exceptions that allow for abortion access in cases of rape, incest, or if a pregnancy endangers the parent’s life. (Here is a look at the worst states for health care.)

The 16 states that do allow for Medicaid-funded abortions are concentrated in the Northeast and along the West Coast – though there are a handful, including Illinois and New Mexico, in other parts of the country.

The states that offer no countermeasures to the Hyde Amendment are home to a total of 46.3 million women of reproductive age – defined by the World Health Organization as between 15 and 49 years – as well 46.1 million Medicaid recipients. (Here is a look at the worst states for women.)

Click here to see the 34 states where abortion has been inaccessible since 1976.