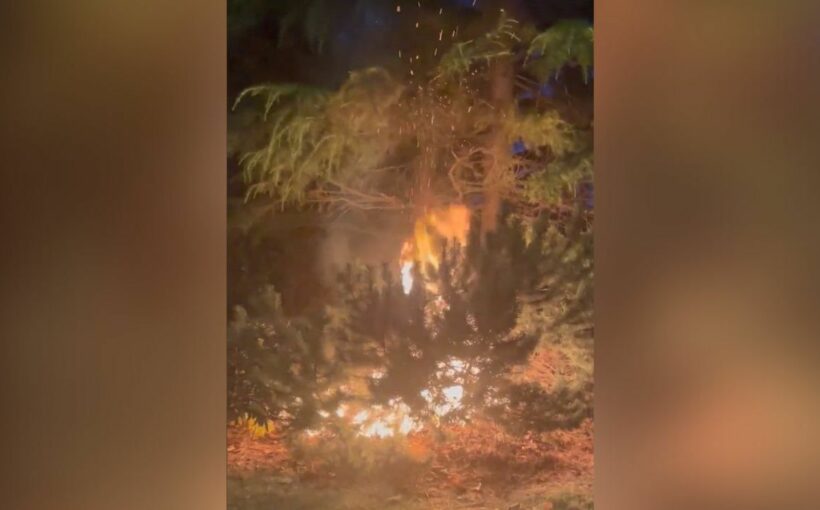 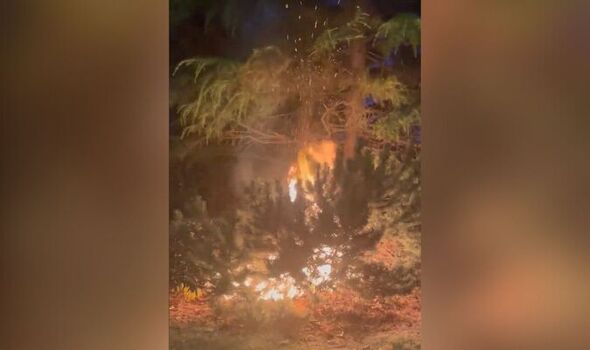 Dramatic footage posted to a local Facebook group shows grass and shrubs catching on fire, before the blaze spreads to a nearby tree. The fire occured on a main road in Tameside on Sunday night.

Fire crews were called to the blaze on Oldham Road, Ashton under Lyne, at around 10:30pm on Sunday, July 17, and extinguished the blaze quickly.

Massimino Malacrino captured the scene after he spotted it on his way home from a wedding. He told the Manchester Evening News he called fire crews immediately, before turning his camera to the fire.

He was quick to point out how dry the foliage was due to the current heatwave, which saw temperatures climb to more than 30C over the weekend.

The video shows broken tree branches on the ground catching alight, before the flames climb up the tree itself. A man in the background can be heard exclaiming “It’s not a f***ing bush, it’s a bloody tree! Not a bush. Jesus. It’s a beautiful tree, as well.”

The cause of the fire is currently unknown. A spokesperson for GMFRS said: “At approximately 10.30pm on Sunday, 18th July firefighters were called to reports for a fire on Oldham Road, in Ashton-under-Lyne. 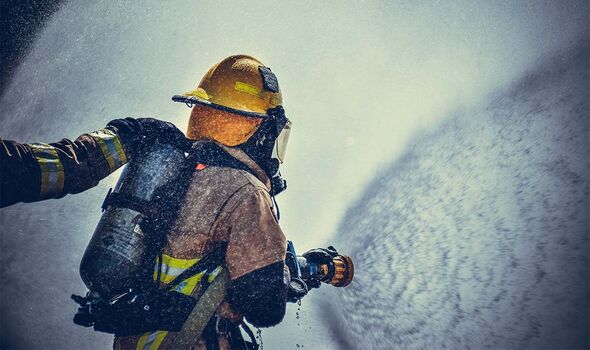 “One fire engine from Ashton station quickly attended the scene. Firefighters extinguished the fire and were in attendance for just under 10 minutes.”

The fire is one of many to have caused local concern during the extreme heat Britain has been experiencing. In Derbyshire, a farmer’s field caught fire as a result of the heat leading to a major blaze.

Climate change, which has pushed average global temperatures up by around 1.2C and has caused drier soils, is making heatwaves longer, more intense and more likely.

France has also reported that the extreme conditions have sparked dozens of fires, with crews battling a ‘monster’ blaze in Gironde – which has forced 16,000 people to evacuated since it began a week ago.

The Met Office has warned that temperatures could rise even further to 43C (109F) tomorrow. Trains have been cancelled, hospital appointments axed and schools closed amid warnings that even healthy people could die as a result of the soaring temperatures.