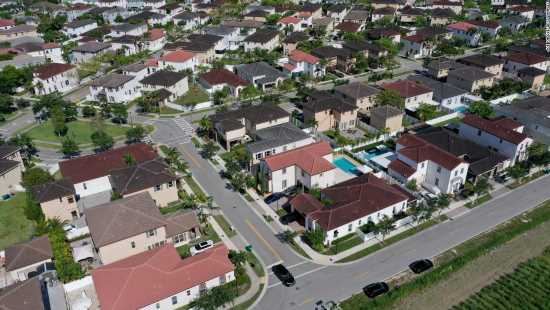 (CNN)Anyone who bought a home — or tried to — over the past couple of years knows that it was rip-roaringly competitive, with buyers offering well above asking price and all-cash deals. But it actually could have been worse. One group all but disappeared from the market during the pandemic: Foreign buyers.

But now foreign real estate investments are slowly coming back, according to a survey from the National Association of Realtors.
Travel restrictions during the pandemic barred prospective buyers from abroad from traveling to the US and shopping for homes. But with those restrictions falling away — along with many Covid testing requirements — foreign buyers have returned. Between April 2021 and March of this year, international buyers snatched up $59 billion worth of US residential properties. That was up 8.5% from the previous year, breaking a three-year streak of declines.

The increase in dollar volume was largely due to rising purchase prices, according to the report. The median price of homes purchased by foreign buyers between April 2021 and March of this year was a record $366,100, even higher than the median $355,700 home price for the US market. 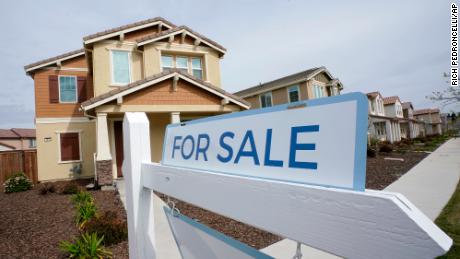 However, the number of homes foreign buyers purchased during the 12 months ending in March — 98,600 existing homes — was down 7.9% from the year prior and the lowest since NAR began tracking these deals in 2009.

“Travel restrictions were a big factor,” said Lawrence Yun, chief economist for the National Association of Realtors. “Buyers want to see the property. Any travel restriction or even Covid test requirement, which was only lifted this summer, that is an inconvenience, or a signal to say ‘stay away.'”
While the pandemic has pushed more people to buy remotely or “sight unseen” by looking at the home virtually, most buyers still like to see a property in person. International buyers — especially those seeking a vacation home — often could not visit homes due to travel restrictions.

A foreign buyer, according to NAR, is both someone who is a foreign national with a permanent address abroad, as well as people who are non-US citizens and recent immigrants of less than two years or non-immigrant visa holders who have been living in the US for more than six months for professional, educational, or other reasons.
Florida is overwhelmingly the top location for foreign buyers, with nearly a quarter of international purchases happening there. It is followed by California, Texas, Arizona, New York and North Carolina.
In areas popular with foreign buyers, there can be increased competition to buy. But, as Yun noted, even in popular areas foreign buyers make up just 3% of purchases. Overall, the report found, 1.6% of existing home sales nationally are to foreign buyers.
“For residents in these areas, it may feel like foreigners are competing for homes with locals. Sellers, of course, are trying to get the highest possible price independent of who the buyer is,” he said. “But it can be frustrating for buyers who are outbid.” 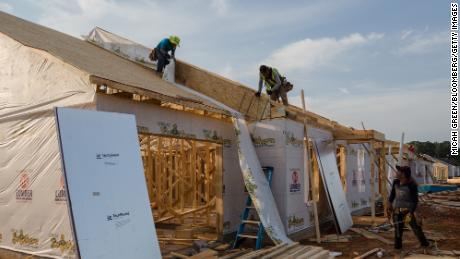 A much larger share of foreign buyers pay in cash, with 44% paying all-cash over the past year compared to 24% among all existing home buyers in the US. International buyers are also more likely to be purchasing the property as a second home, with 44% using it as a vacation home, rental, or both, compared to 17% among all existing-home buyers.
The most homes bought by foreigners were purchased by people from nearby Canada and Mexico. Buyers from Canada made up 11% of foreign buyer home purchases, up from 8% in the prior period. Buyers from Mexico purchased 8% last year, up from 7%. They were followed by buyers from China, India, Brazil, Colombia, Germany, the United Kingdom, France, and Japan.
The share of international buyers is expected to increase, even in the face of supply shortages that have pushed home prices higher and rising mortgage rates.
“The strong dollar may deter some foreigners from buying here in the US,” said Yun. “But many are purchasing in all cash, so the swings in the dollar isn’t a deal breaker. They will begin to step up in the next year.”
Even with sky-high real estate prices, US properties are still a relative deal for many international buyers.

A typical property costs $28,570 per square meter in Hong Kong, $26,262 in London and $10,947 in Toronto. Meanwhile, it is $8,250 per square meter in San Francisco and just $3,170 in Miami.
“Maybe it is a good thing they were absent when US real estate was super hot,” said Yun. “No one really missed the foreign market, but given the current shift in the market, with more inventory and homes staying on the market, it might begin to pick up as more international travel is possible.”
Source: Read Full Article