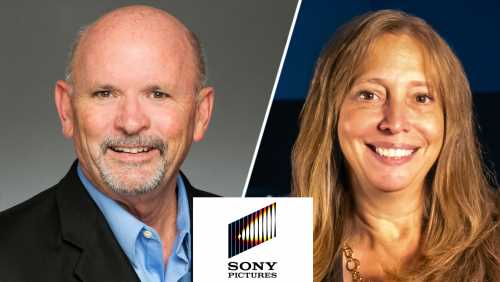 Tom “Tommy” McCarthy, executive vice president of post-production facilities, is retiring from his post at Sony Pictures Entertainment after more than three decades. Jon Hookstratten, EVP of Administration & Operations, confirmed the news in a memo adding that Kimberly Jimenez had been promoted to senior vice president of post-production services.

Today we are announcing the retirement of Tom “Tommy” McCarthy, executive vice president of post production facilities for Sony Pictures Entertainment. As many of you already know, Tommy is a legend in this business. Over the course of his illustrious 32-year career at SPE he has led the studio’s sound editorial and mixing departments, built SPE’s reputation as THE destination for post production services, and created an environment where creative talent could thrive.

Tommy was a sound editor on such classic television shows as How the West was Won, CHIPS, and Logan’s Run. In 1992, he won an Academy Award in Sound Editing for Bram Stoker’s Dracula. He is also a recipient of a British Academy Award (BAFTA) for Out of Africa and an MPSE Golden Reel Award for the television movie Doll Maker.

Tommy’s contributions to SPE and the impact he’s had on the industry and those who have been fortunate enough to work with him are immeasurable. He and his team have created a culture which reflects the absolute best in the business. For this reason, I am happy to announce that Kimberly Jimenez has been promoted to senior vice president of post production services. Kimberly is a 30-year veteran in the post sound industry. She came to Sony in 2018 with deep experiences leading post sound teams including those at NBC Universal, Soundelux, and Todd-AO where she started in the billing department and elevated to the position of senior vice president of sound editorial services.

I look forward to seeing Kimberly’s continued leadership and commitment to our best-in-class post production team and facilities.

Tommy and Kimberly will begin their transition ensuring that our employees and clients experiences remain seamless. Please join me in thanking our friend Tommy for his years of dedication and innovation and well-deserved congratulations to Kimberly on her new appointment.

FX’s ‘Reservation Dogs’ Picked Up For Season 3 On Hulu