Home » Crypto » If the SEC Claims Jurisdiction over ETH Transactions, What Could Be the Implications? 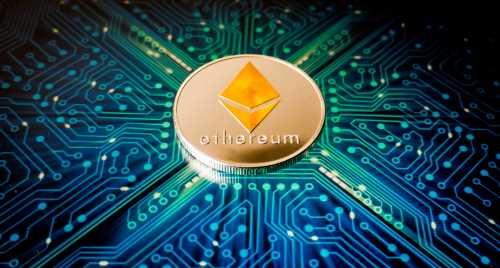 After the major and long anticipated move from Proof-of-Work to Proof-of-Stake, a transition that went as smoothly as could be expected, Ethereum just entered some new woods, and some rather grim ones too.

Now that roughly 43% of Ethereum validator nodes operate from the U.S., (with Germany being the second with 12%), the U.S. Securities and Exchange Commission (SEC). an independent federal government regulatory agency, is claiming Jurisdiction over ETH transactions in a court filing.

The lawsuit was filed against Ian Balina on Monday. The crypto influencer launched his own cryptocurrency in 2018 and the SEC believes he flouted some laws in doing so. The SEC believes that Balina’s Sparkster token, build on the Ethereum, should be seen as a security, comparable to a share. The SEC now claims these types of financial products cannot simply be sold to the public.

In itself this is not very exciting news, if it were not for the fact that lawsuit contained one noteworthy statement that could change the Ethereum playfield entirely.

The agency SEC, said to be responsible for protecting investors, maintaining fair and orderly functioning of the securities markets, is claiming that Ethereum transactions now “take place” in the United States because the “majority” of validators are located there.

So, what exactly could be the consequences of this claim?

The implications of the SEC’s claim stating that the United States has jurisdiction over the entire Ethereum blockchain could be huge. The SEC could make it possible for itself to qualify any trade on the Ethereum blockchain as a trade on a US stock exchange. If indeed the SEC succeeds in qualifying all activity on the Ethereum network in this way, it could theoretically be taking over.

It remains to be seen what Ethereum can do to defend itself against such a claim for jurisdiction, now that the transition to Proof-of-Stake is a fact.

Ethereum is widely seen as a stateless decentralized network. While it may be true that more Ethereum nodes are operating in the U.S. than anywhere else, U.S. nodes still only make up 43% of the network, which is not the majority of total nodes. To claim that Ethereum transactions all take place in the U.S. would be hard to proof too.

It is questionable if the SEC lawyers have enough knowledge of consensus mechanics, to take the attempt seriously, but considering the agency’s previous endeavours to regulate the crypto space, the attempt should not be dismissed either.