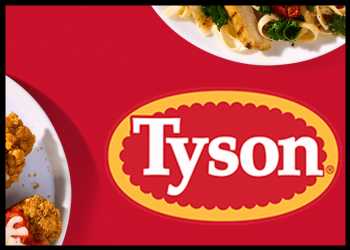 Tyson Foods announced its “OneTyson” plan, under which it will bring together corporate team members from three corporate locations in Illinois and South Dakota to its world headquarters in Arkansas.

Team members from the corporate locations of Chicago, Downers Grove in Illinois, and Dakota Dunes area in South Dakota are expected to begin the phased relocation in early 2023 to Springdale.

The company’s aim is “to foster closer collaboration, enhance team member agility and enable faster decision making, as it is positioned for growth.” The multi-year campus development will include the remodel of some existing facilities.

The meat and processed-foods company is also planning to expand its world headquarters as it is combining multiple corporate offices.

The expanded headquarters will include indoor and outdoor spaces designed to foster collaboration, connection and creativity. It will also include a number of features, such as diverse and dynamic spaces including state-of-the-art technology, to enrich the employees’ work experience by accelerating change and innovation.

The company, which employs about 137,000 workers worldwide, said it will reveal more details on its multi-year campus development over the coming months.

Tyson has launched a new productivity program beginning in fiscal 2022, which is designed to drive a better, faster and more agile organization that is supported by a culture of continuous improvement and faster decision making.

While announcing the results, Tyson said it was focused on aggressively managing costs and more efficient operations, and that it was progressing towards its goal of delivering more than $1 billion in recurring productivity savings by the end of fiscal 2024.

As part of its continuing effort to focus on the future, the company in late September named John Tyson, son of Tyson Foods chairman John H. Tyson and the great-grandson of the company’s founder, as its chief financial officer.