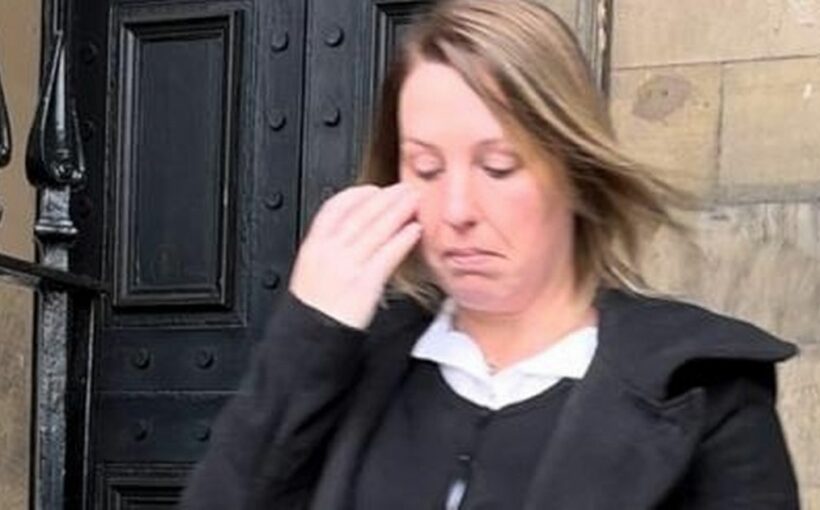 A mum necked 40 measures of Baileys Irish Cream before getting behind the wheel and smashing into six parked cars worth over £100,000.

Maria Mills, 39, then staggered from the wreckage and threw a punch at a witness.

Passers-by were attacked by the drink driver when trying to remove her car keys to prevent further carnage. They were eventually forced to pin her to the ground.

Mills was just two streets away from her home in Perth, Scotland, when the incident happened on February 5 this year.

At Perth Sheriff Court she admitted to driving dangerously while she was more than three times over the limit, reports the Daily Record.

She also admitted pushing Kieran Bruce on the body and trying to punch Lewis Carnduff in Gleneagles Road.

Fiscal depute David Currie told the court that Mills' partner had gone to her home at 11pm and found her under the influence of alcohol.

"He challenged her to stop her driving. He observed her leaving with the keys in her hands," the court heard. "A neighbour down the street saw her start her vehicle and accelerate down the street.

"They heard a loud bang and car alarms going off. The accused's vehicle was no longer in sight. A number of vehicles in Glengarry Road were damaged."

"Three vehicles were dented and damaged. Witnesses heard the bang of another vehicle being damaged down the street," said Mr Currie.

"They saw her vehicle on the pavement. They banged the window, but she tried to drive off. She was driving in an erratic manner and the damage to her car was so severe the locking was malfunctioning.

"A witness was able to remove the keys from the ignition. She left the vehicle and others formed the opinion she was under the opinion of alcohol, due to her demeanour and a smell of alcohol."

Mills lashed out at the witnesses who had stepped in. They had to restrain her until police arrived.

Police Scotland received numerous calls about Mills' driving. When they arrived they handcuffed her, took her to hospital and then police HQ.

Solicitor Pauline Cullerton, defending, said: "She is a first offender and this is a very unfortunate set of circumstances.

"Her mood was particularly low and she had consumed around one and a half bottles of Baileys. She has a vague recollection of picking up the car keys.

"By that time she was in a state of distress. She takes full responsibility to each of the offences. She is thoroughly sickened by her behaviour and very much regrets what she has done.

"She was drunk and belligerent at the time of the offences. She describes her behaviour as reckless. She is very fortunate there was no serious injury caused."

Sheriff Andrew Mackie banned Mills from driving for 16 months and ordered her to carry out 200 hours unpaid work in the community.