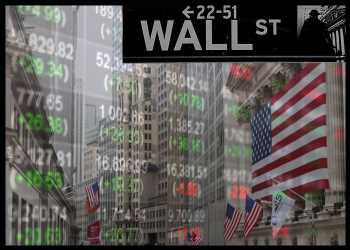 Stocks moved sharply higher at the start of trading on Tuesday but failed to sustain the upward move and spent the rest of the day showing a lack of direction. The major averages eventually ended the session near the unchanged line.

The initial strength on Wall Street came as upbeat manufacturing data from overseas added to optimism about the outlook for the global economy.

The Institute for Supply Management also released a report showing manufacturing activity in the U.S. expanded at a slightly faster pace in May.

The ISM said its manufacturing PMI inched up to 61.2 in May from 60.7 in April, with a reading above 50 indicating growth in the manufacturing sector. The uptick surprised economists, who had expected the index to come in unchanged.

Buying interest waned shortly after the start of trading, however, as traders continued to express uncertainty about inflation and the outlook for monetary policy.

Traders may also have been reluctant to make significant moves ahead of the release of the Labor Department’s closely watched monthly jobs report on Friday.

Economists currently expect employment to jump by 664,000 jobs in May after climbing by 266,000 jobs in April. The unemployment rate is also expected to dip to 5.9 percent from 6.1 percent.

Despite the lackluster close by the broader markets, energy stocks saw substantial strength on the day amid a sharp increase by the price of crude oil.

Crude oil for July delivery jumped $1.40 to a more than two-year closing high of $67.72 a barrel after OPEC and its allies agreed to stick to a plan to gradually increase production.

Reflecting the strength in the energy sector, the Philadelphia Oil Service Index soared by 4.7 percent, the NYSE Arca Natural Gas Index spiked by 4.3 percent and the NYSE Arca Oil Index shot up by 4.1 percent.

Computer hardware, airline and commercial real estate stocks also turned in strong performances on the day, while pharmaceutical stocks showed a notable move to the downside.

In overseas trading, stock markets across the Asia-Pacific region turned in a mixed performance during trading on Tuesday. Japan’s Nikkei 225 Index dipped by 0.2 percent, while China’s Shanghai Composite Index rose by 0.3 percent.

Meanwhile, the major European markets all moved to the upside on the day. While the German DAX Index jumped by 1 percent, the U.K.’s FTSE 100 Index advanced by 0.8 percent and the French CAC 40 Index climbed by 0.7 percent.

In the bond market, treasuries climbed off their worst levels but still close in negative territory. As a result, the yield on the benchmark ten-year note, which moves opposite of its price, rose by 3.4 basis points to 1.615 percent.

Trading on Wednesday may be impacted by reaction to the Federal Reserve’s Beige Book. The Beige Book, a compilation of economic evidence from the twelve Fed districts, may have an impact on the outlook for monetary policy.