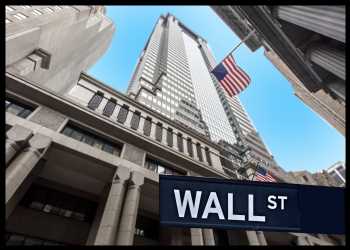 Stocks continue to see significant strength in early afternoon trading on Thursday, with the major averages extending the strong upward move seen in the previous session. With the continued advance, the major averages have offset the sell-off seen on Monday.

Stocks continue to regain ground following the slump seen earlier this month, which dragged the Dow to its lowest closing level in three months on Tuesday.

The strength on Wall Street also comes amid easing concerns about Evergrande after the Chinese property developer reached a settlement with mainland bondholders.

The People’s Bank of China’s infusion of massive capital into the country’s banking system has also eased concerns about a potential default by Evegrande.

Meanwhile, traders have largely shrugged off a report from the Labor Department showing first-time claims for U.S. unemployment benefits unexpectedly increased for the second straight week in the week ended September 18th.

With the uptick, jobless claims climbed further off the pandemic-era low of 312,000 set in the week ended September 4th.

The continued rebound surprised economists, who had expected jobless claims to dip to 320,000 from the 332,000 originally reported for the previous month.

Oil service stocks are turning in some of the market’s best performances on the day, with the Philadelphia Oil Service Index surging up by 4.6 percent.

The rally by oil service stocks comes amid another sharp increase by the price of crude oil, with crude for November delivery jumping $1.06 to $73.29 a barrel.

Substantial strength also remains visible among banking stocks, as reflected by the 3.7 percent spike by the KBW Bank Index.

Natural gas, computer hardware stocks have also moved notably higher on the day, while gold stocks are among the few groups bucking the uptrend amid a steep drop by the price of the precious metal.

In overseas trading, stock markets across the Asia-Pacific region moved mostly higher on Thursday, with the Japanese markets closed for a holiday. China’s Shanghai Composite Index rose by 0.4 percent, while Hong Kong’s Hang Seng Index surged up by 1.2 percent.

Most European stocks also moved to the upside on the day. The German DAX Index advanced by 0.9 percent and the French CAC 40 Index jumped by 1 percent, although the U.K.’s FTSE 100 Index bucked the uptrend and edged down by 0.1 percent.

In the bond market, treasuries have moved notably lower over the course of the session. Subsequently, the yield on the benchmark ten-year note, which moves opposite of its price, is up by 6.7 basis points at 1.403 percent after reaching a two-month intraday high.