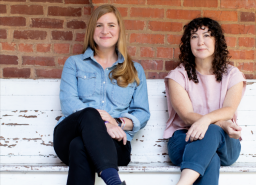 EXCLUSIVE: Criminal Productions, the rising podcast studio founded by Phoebe Judge and Lauren Spohrer, has been acquired by Vox Media.

It is the latest major acquisition in the audio space and follows Amazon’s purchase of Wondery, a slew of deals for Spotify and The New York Times Company’s acquisition of Serial Productions.

Vox Media, which owns publications including New York Magazine, Eater, Recode and Vox, has been expanding its podcast business with the acquisition of Preet Bharara’s Cafe Studios, and sales and distribution partnerships with the likes of The Prof G Pod with Scott Galloway, Longform, Gastropod, and Waveform: The MKBHD Podcast.

Criminal Productions is behind hit podcasts Criminal, This Is Love and Phoebe Reads a Mystery. The company was formed in 2013 by Judge and Spohrer, who previously worked together at public radio station WUNC.

Criminal, which features close-end episodes of up to 30 minutes, tells stories of people who’ve done wrong, been wronged, or gotten caught somewhere in the middle, while This Is Love investigates life’s most persistent mystery.

The deal will allow Criminal Productions double its staff, expand Criminal into a weekly show and launch a range of new serialized shows. The company will also look to expand the franchises beyond beyond podcasting, potentially including subscription products, further investment in live events, and intellectual property development. Both shows have been in development on the television side.

“After making these shows independently for the past seven years, we are delighted to join the talented journalists and podcast team at Vox Media. This new chapter gives us a perfect home to grow Criminal, launch new shows, and bring even more stories to our listeners,” said Phoebe Judge.

“Criminal broke new artistic ground when it launched, and Phoebe and Lauren have built it into an impressive business. As a longtime admirer of their work, I’m thrilled to see how we can take it to the next level as part of VMPN, while broadening the network’s scope into new genres,” added Marty Moe, president of Vox Media Studios.

Netflix To Double Size Of Production Hub At Shepperton Studios