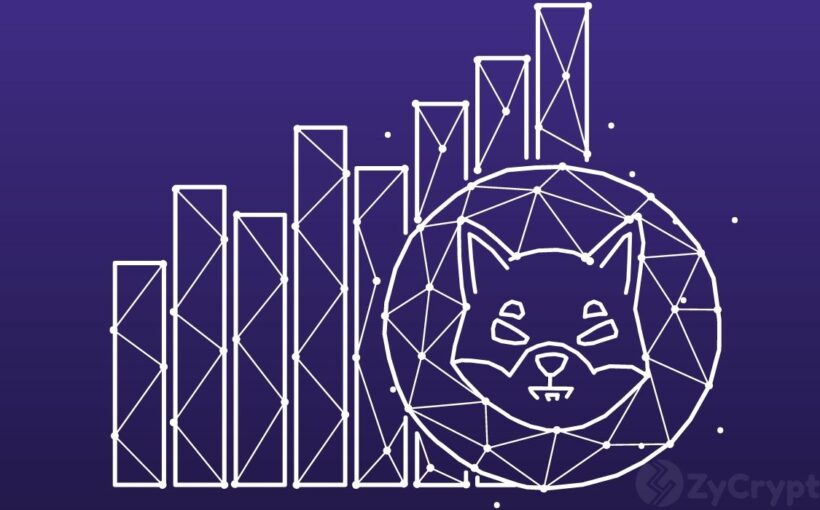 Johnny Lyu, who heads KuCoin, the world’s third-largest crypto exchange by trade volume recently disclosed his intention to hold Shiba Inu, Dogecoin, and Bitcoin for the long term, predicting that their prices are poised to continue rallying into the unforeseeable future.

Speaking to Marketwatch, he noted that there was increased demand for low-priced cryptocurrencies such as Shiba Inu by millennials who were the majority users of the Singapore-based exchange, famously known as “The Peoples’ Exchange”.

According to Lyu, the surging demand for meme coins such as Shiba Inu was pegged to their low prices which have attracted investors with shallow pockets while still offering sizeable returns compared to Bitcoin and other mainstream crypto assets.

“Seeing bitcoin’s rise, some younger investors without a lot of money want to profit from crypto as well,” he said, “You’d need over $60,000 to buy one bitcoin. So they turn to Dogecoin and SHIB, where you buy tons using just $100”.

In the recent past, the crypto industry has seen a shift by investors from focussing on expensive assets such as Bitcoin and Ethereum to splashing their money on low-priced assets such as SHIB, Dogecoin, Flocki Inu, and Musk-themed meme tokens.

This comes even as Bitcoin continues to become less volatile, lowering the prospects of retail investors of ever making sizeable returns investing in it.

Small investors are thus determined to pump small priced crypto assets in a rinse and repeat model to make profits in the shorter term which they can later put into assets that have lower volatility for the long term.

Shiba Inu Set To Do Some More Magic

Currently, a petition requesting Robinhood to list Shiba Inu has already surpassed half of the 1,000,000 required upvotes even as SHIB’s price corrected by over 48% after topping at $0.00008854. 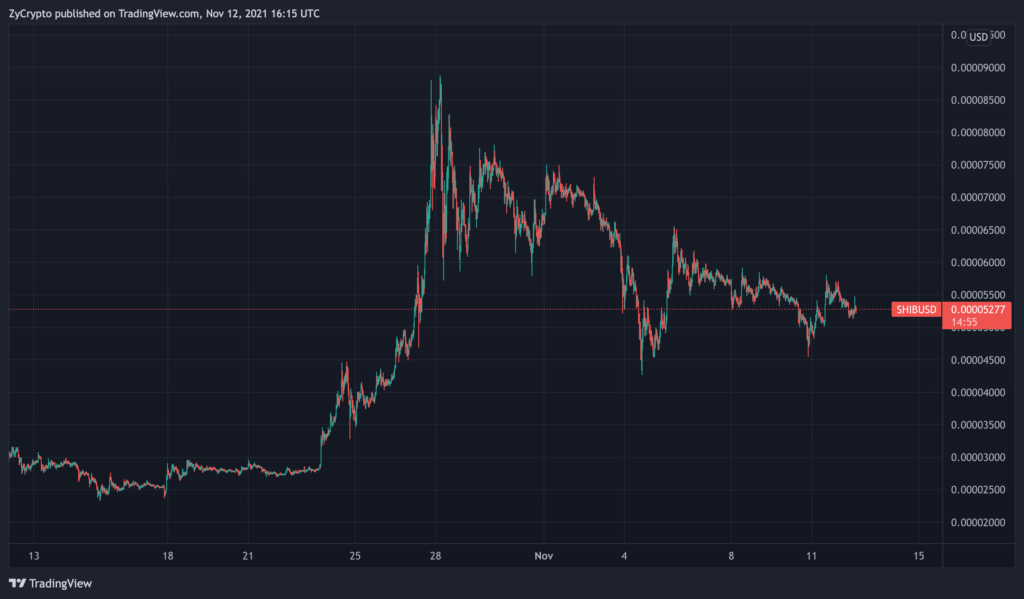 In the past month, the token’s volume has taken out that of Bitcoin for three consecutive days. On October 28th, SHIB’s trading volume had risen by almost three times that of Bitcoin.

Shiba Inu’s price has grown by +81,865,572% YTD and +800% in October, securing itself the eleventh position by market cap Inching dangerously close to Dogecoin which is currently in the tenth position. Currently, the price is trading in the $0.00005241 range with more investors having jumped into buying more than 20 Billion tokens in the last seven days during the dip.

With more money shifting into low-priced assets, Lyu believes that this trend could continue picking up driving prices parabolic.

“These investors are very passionate about such tokens and are determined to push the prices higher,”