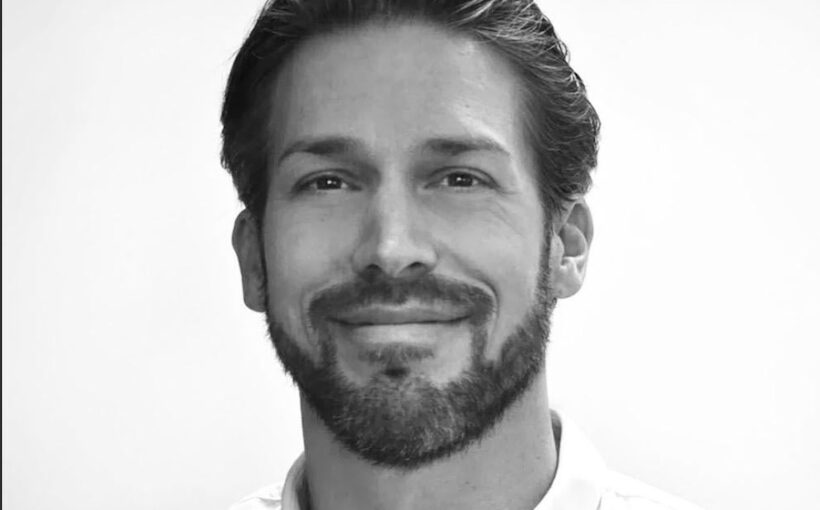 With rising fears of inflation, many investors are looking for options to safeguard their assets. AXIA Coin has become a popular choice within the world of digital currencies due to its solution to this pressing issue.

The project aims to establish itself as a new global reserve currency by introducing a hyper-deflationary model. Ultimately, this would result in a more inclusive and participatory economy.

We sat down with AXIA Founder Nick Agar to learn more about the project and what it can do.

What is AXIA Coin?

AXIA Coin is the first ever hyper-deflationary asset-supported digital

currency that can be used globally today. It has a limited supply that reduces over time due to any form of participation and activity in the all-encompassing and ever-expanding AXIA ecosystem.

The supply decreases over time, while the assets in the AXIA Reserve can increase as a result of this participation and activity. This is a hyper-deflationary economic model, which makes for a highly advantageous system due to the fact that it is designed to initiate more and more scarcity for the currency on one side while constantly strengthening the reserve base on the other.

How is AXIA Coin different from existing stablecoins such as Tether (USDT)?

AXIA Coin is not a stablecoin. Stablecoins are either pegged as closely as possible to the US dollar or other fiat currencies, potentially collateralized by another crypto or backed by a commodity like gold.

There is also the possibility that they are modified by a smart contract algorithm. As there is a constantly decreasing supply of AXIA Coin with the strengthening of the reserve, the price of AXIA Coin is determined by the market.

Will AXIA Coin be pegged to any fiat currencies such as the US Dollar or the Euro?

What assets will support AXIA Coin?

The AXIA Reserve is made up of assets that have an easily identifiable value like cash, cryptocurrency, gold etc. These assets are tokenized and placed into the AXIA Reserve.

Why does the world need a new reserve currency?

The current reserve currency is the US dollar, which is inflationary. The hegemony of the dollar gives it great privilege, but at what cost to the global populace?

When the monetary system is inflationary, we are consistently losing purchasing power. It is completely centrally controlled with continual printing of more dollars by central banks and constant accumulation of debt by the government.

As incomes cannot keep pace with the loss of buying power, most fall further behind. Even with all the technological advancements that have been made productivity does not increase.

This is because we are working within a debt-based system. It only creates more wealth concentration and lack of innovation and advancement as well as barriers to entry for the majority.

This type of inequitable environment has shown to lead to societal problems that go well beyond just the economy.

So it is clear the world is longing for a new reserve currency.

How does AXIA Coin function as a reserve currency?

AXIA introduces a more rewarding, equitable, fair, participatory ecosystem that allows users to generate more value for themselves and others just for the things they were doing already.

Plus, all activities throughout the ecosystem can act as a catalyst to burn more coins, creating more scarcity and rarity of AXIA Coin which is to the great benefit of all other holders around the world. Imagine a system where conducting simple commerce has a positive impact on all others that are part of the same system. That is AXIA.

On top of this AXIA is also easily transferable and transacted with globally today with instantaneous settlement. All this positions AXIA Coin as an ideal choice as the new global reserve currency.

What blockchain did you build AXIA on?

AXIA is currently deployed on the Ethereum blockchain. However, the team is working diligently on the release of the AXIANetwork, which is soon-to-be-released and will offer a much more inclusive and eco-friendly alternative to current options in the market.

Is the AXIA Coin an ERC-20 cryptocurrency?

How scalable is AXIA Coin?

AXIA Coin can scale globally and have an impact in every corner of the world just as it is intended to. We live in an incredible digital age where AXIA can instantly be at the fingertips of anyone with access to the Internet and our goal is to make that a reality.

Through its unique economic design and participatory system, AXIA can deliver unparalleled value to people everywhere, empowering them to change their life circumstances in a way they never thought imaginable prior to the digital age.

AXIA is a non-profit that is not pursuing the goal of enriching itself, but instead providing a more equitable financial solution to millions around the world. Everyone on the AXIA team firmly believes that this vision is achievable.

How will fees create value?

As previously mentioned, participation and activity in the AXIA Ecosystem reduces the total supply while the AXIA Reserve can increase simultaneously.

This type of value creation has never existed before—especially for a currency. And, it is all brought about through decentralized activity as it is the participants of AXIA that elicit the hyper-deflationary economic model by simply taking advantage of all that is offered in the AXIA Ecosystem.

Simply put, AXIA Coin becomes more and more scarce from the public’s participation, providing never before seen value for themselves and others.

Why did you launch the AXIA Project?

AXIA, at its core, was launched to deliver positive social impact in as many ways as possible for as many people as possible around the world.

Melding both the technological advancements of blockchain technology with its unique economic design has the power to remove barriers to entry, level out the global playing field and provide unprecedented opportunities, increased productivity and prosperity to people all around the globe.

AXIA can make our money more impactful as a result of simply doing the same things we do everyday like going to a grocery store, using a browser, transacting, exchanging, etc.

That activity triggers the reduction of supply of AXIA Coin and can increase the AXIA Reserve, creating benefits for all the members of the AXIA community.

So, all participants within AXIA don’t need to change their behavior. If someone uses AXIA, replicating the same things they are already doing allows them to create a positive impact for others. Knowing now your money has the power to do that, why would you choose any other currency?

What exchanges will the AXIA Coin trade on besides those that are already announced?

AXIA Coin currently available at the AXIA Capital Bank. This is a licensed banking institution for individuals and companies around the globe. AXIA Capital Bank offers full service banking in both fiat and crypto, a minimum high-yield interest on AXIA Coin holdings, fees that are burned which only generates more value for holdings, free cold storage, debit cards and gift cards for everyday use of AXIA Coin.

There is also no balance sheet risk because there are no loans against funds on account unlike with traditional banks. Plus, all the decentralized activity in the AXIA Ecosystem also brings more value to the holdings and holders as well.

AXIA Coin is also available on KuCoin and BitMart. KuCoin is a top-10 global exchange by volume and being able to launch on an exchange that is so widely respected across the industry was a massive validator for AXIA Coin right off the bat. BitMart is similarly well known in crypto circles and has a strong reputation.

AXIA Coin will be launching on additional exchanges in the very near future. Announcements will be made concerning these listings through our website and social channels, so we’d request that people stay tuned for some very exciting news regarding these exchanges as it will be delivered shortly.

The total supply of AXIA can only decrease over time. This means that AXIA is rapidly becoming more rare and scarce as time goes on. This is what is meant by hyperdeflation.

What does it mean to “burn” fees?

All the fees collected from any application, platform or activity within the AXIA Ecosystem will be “burned” by sending the AXIA Coins to an AXIA Coin Burner smart contract removing those coins from total supply.

The smart contract makes certain that any AXIA Coins that are burned will be permanently irretrievable. Meaning that the AXIA Coins are eliminated from existence completely and can never be part of the supply again.