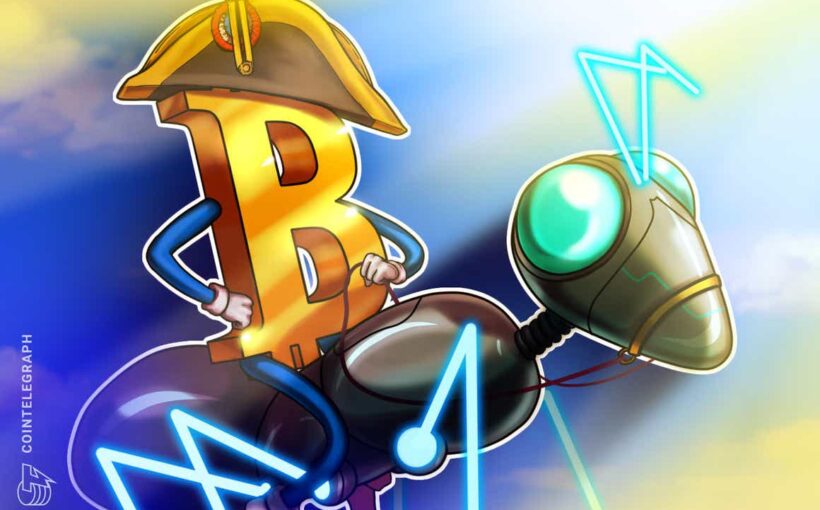 Cryptocurrency lending firm BlockFi has filed paperwork with the United States Securities and Exchange Commission, or SEC, to launch a physically-backed Bitcoin exchange-traded fund, kicking off what’s expected to be a big week for the crypto markets.

The Form S-1 filing for BlockFi NB Bitcoin ETF was submitted to the SEC on Monday, according to official documents. The filing states that BlockFi will serve as custodian and that the ETF’s investment objective is to reflect the underlying performance of Bitcoin as opposed to any futures or derivatives benchmark.

The filing further states that the “Trust will not purchase or sell bitcoin directly, although the Trust may direct the Custodian to sell bitcoin to pay certain expenses.”

News of the ETF listing circulated on Crypto Twitter amid speculation that the SEC may be nearing its first physical Bitcoin ETF approval as early as this week.

As Bloomberg’s James Seyffart noted, the SEC’s decision on the highly anticipated VanEck spot Bitcoin ETF is due this coming Sunday. “It will be either approval or denial from SEC,” he said, which means “no more delays.

Related: Why now? SEC took eight years to authorize a Bitcoin ETF in the US

Last month, the U.S. securities regulator approved ProShares’ Bitcoin Strategy ETF, the country’s first BTC exchange-traded fund. However, the approval came with a caveat — the fund’s price is linked to BTC futures as opposed to the spot price. Shortly after approving the ProShares fund, the SEC gave the green light to Valkyrie’s Bitcoin Strategy ETF, which is another futures-based product.

While the futures-based ETFs weren’t what Bitcoin purists were looking for, they have proven remarkably popular among investors. As Cointelegraph reported, ProShares’ ETF debuted with the highest-ever first-day natural volume of over $1 billion. By the end of October, institutional managers had purchased more than $2 billion worth of Bitcoin products during the month, largely thanks to the ETF approvals.