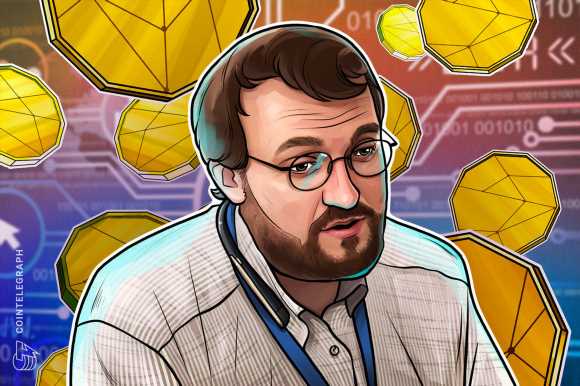 Cardano founder Charles Hoskinson has responded to criticism over The Cardano Foundation’s partnership with Confirm, saying it was necessary for adoption of ADA.

The Cardano Foundation announced its partnership with the blockchain analytics provider on Aug. 24, which will see Confirm’s analytics being utilized to ensure compliance with frameworks such as the 6th Anti Money Laundering Directive and Financial Action Task Force’s guidelines.

“The tools and services provided by Coinfirm enables every exchange, custodian, and all other third-parties to clearly track the history of ADA held in their wallet,” the announcement read.

Not everyone welcomed the move however. Yesterday Weiss Crypto, the subsidiary of financial ratings firm Weiss Ratings, criticized it vociferously via a thread on Twitter, describing it as a “bad move all-around”:

“The excessive regulation is how the banking system was choked to death. With this announcement, it would seem ADA is proudly announcing they want to follow in their footsteps.”

Weiss Crypto appeared to be quite irritated with Cardano’s move towards regulatory compliance, as it asserted that it is now “closer to becoming a censorship-prone, politicized, and manipulated network.”

“If you’re going down this route, there are far better tools for the job — Facebook’s Diem, CBDC’s and the networks they’ll spring up,” the post read.

Weiss Crypto went on to suggest that if some crypto projects or decentralized networks worked towards regulatory compliance, it would “only guarantee your demise.”

The Ethereum-co-founder and Cardano creator responded with a video message on the thread, and emphasized that “the point and the purpose has always been building in layers, building modules, building ecosystems” that enables compliance with local regulations.

“So while the base layer of the system doesn’t care if you’re from the United States or China, Japan, wherever, what you can do is add identity and metadata, and all kinds of other things and those other things give you the ability to be in compliance with your business domain, regulated or otherwise,” he said.

“And that’s the reason these partnerships are important. They provide clarity. They provide a lot of business and technical requirements, and they allow us to make the software better for everyone everywhere, and Cardano to get more adoption in all industries, regulated and unregulated,” Hoskinson concluded.

Amid the anticipation of Cardano smart contracts which are slated to launch on September 12, the price of ADA has surged 99% over the past 30 days, increasing from $1.27 on July 27, to sit at around $2.53 at the time of writing.