In his new role, Stylianou will be responsible to structure and operate the European and international expansion of the company’s brand. 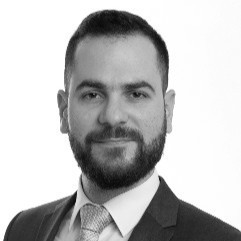 Stylianou has over a decade of experience working in the financial industry and also with brokerages. He joined nextmarkets from Cyprus-based Libertex, where he was the European General Manager for two and a half years. He was also a board member of the EU-regulated Crypto Fund Ark36.

His work experience with brokers dates back to 2012 when he spent another two years as a General Manager at Forex Club, the operator of Libertex. Based in Cyprus, he started his career in 2011 at MAP S.Platis, a regtech company focusing on the financial services industry.

Stylianou has further served as a Director of the Association of Cyprus International Investment Firms and held advisory positions, helping the setting up and structuring of investment firms and funds in Cyprus and abroad.

His appointment at nextmarkets came at a time when the neobroker is tapping several European markets with its commission-free services. It also secured $30 million in a Series B funding round from investors like Peter Thiel, Christian Angermayer, Founders Fund, and others.

“We are very pleased about the great interest and trust of both new and existing investors,” said Manuel Heyden, co-founder and CEO at nextmarkets. “The growth potential is huge, and we are only at the beginning of a whole new era in which the stock market becomes fully democratized.”

Dominic Heyden, co-founder and CTO, added: “We are particularly proud of the fact that we have in record time built an online broker active in so many European markets, built top-to-bottom on our own technology and with a comprehensive regulatory framework.”