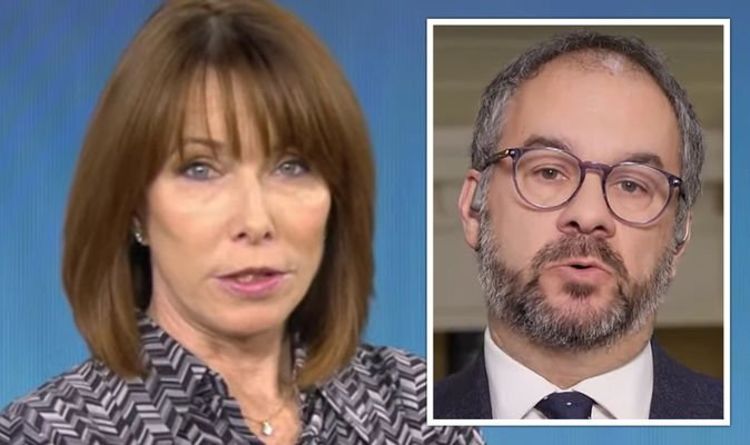 Shadow Secretary of State Ed Miliband has attacked Number 10’s foreign aid policy, saying “cutting overseas aid…was an absolutely disastrous decision because it totally undermined our moral authority”. He insisted the British Government should up its efforts to help international partners tackle the climate emergency with extra financing. But COP26 spokeswoman Allegra Stratton pointed out the UK had only this week announced more investment to help deliver $100 billion to climate finance alongside other world leaders.

Speaking to ITV Peston, Ed Miliband said: “I’ve got to say to Allegra, you know, us cutting overseas aid.

“I’m sure Alok and Allegra think this privately – it was an absolutely disastrous decision.

READ MORE: Keir Starmer left squirming as he is confronted on second job ‘Do you regret that now?’

Ms Stratton said: “The Prime Minister set out that we will return to 0.7 in 2024 if the economy allows.

“And as you know that on Monday, the Prime Minister announced another billion of international climate finance.

“So that means that we are still one of the big spenders on aid.

Known to strengthen climate resilience, the Climate Action for a Resilient Asia (CARA) is a 7-year programme.

Countries are currently meeting in Glasgow for COP26, aiming to agree on measures to keep global temperature increases below 1.5oC.

Mr Miliband said: “I can’t believe for the life of me why he is going back to London today.

“He’s making this a day trip to the most important summit ever on climate change. When he is a host that is a dereliction of duty.

“He should be staying to get a grip.”