Home » Crypto » Fed money printer goes into reverse: What does it mean for crypto? 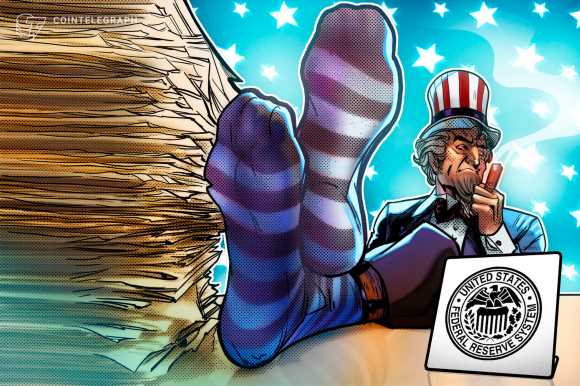 The Federal Reserve is starting the process of paring back its $9 trillion balance sheet that ballooned in recent years in a move called Quantitative Tightening (QT).

Analysts from a crypto exchange and financial investment firm have conflicting opinions about whether QT, starting on June 1,will put an end to a decade of unprecedented growth across crypto markets.

Laypeople can consider QT the opposite of Quantitative Easing (QE) or money printing which the Fed has been engaged in since the start of the Covid-19 pandemic in 2020. Under QE conditions, more money is created and distributed while the FED adds bonds and other treasury instruments to its balance sheet.

Tom Matthews, communications manager at the Australian crypto exchange Swyftx, believes that QT could have a negative impact on markets. He told Cointelegraph on Wednesday that “It’s very possible you might just see growth in market cap trimmed slightly.”

“The Fed is culling assets harder and faster than a lot of analysts had expected and it’s difficult to imagine this won’t have some kind of impact on investor sentiment across markets.”

Financial advisory firm deVere Group CEO Nigel Green believes market reactions to QT will be minimal because “it’s already priced in.” Green said there may be a “knee-jerk reaction from the markets” because of the unexpected speed with which QT is being rolled out, but he sees it as a little more than a wobble.

“Furthermore, we expect a market bounce imminently, meaning investors should be positioning portfolios to capitalise on this.”

Wage increases among American workers, especially in the hospitality industry, have already been observed as labor demand remains high. Assuming wages remain high through QT, the US may emerge from the economic downturn with lower income inequality. Crypto market analyst Economiser explained in a May 31 tweet that if people wind up with more cash in their pockets from their higher wages, “the crypto market could ultimately benefit” from QT.

Swyftx’s Matthews added that while markets are experiencing increased volatility lately, Bitcoin (BTC) could benefit as it is now demonstrating its position as a bellwether asset. He noted that Bitcoin dominance is currently at about 47%, up by eight percentage points from the start of 2022. He said, “There are different ways to interpret this,” adding:

“It does suggest that market participants are seeking to park value in Bitcoin, meaning we could see weakness continue to trend across alt coin markets if current market conditions continue to play out.”