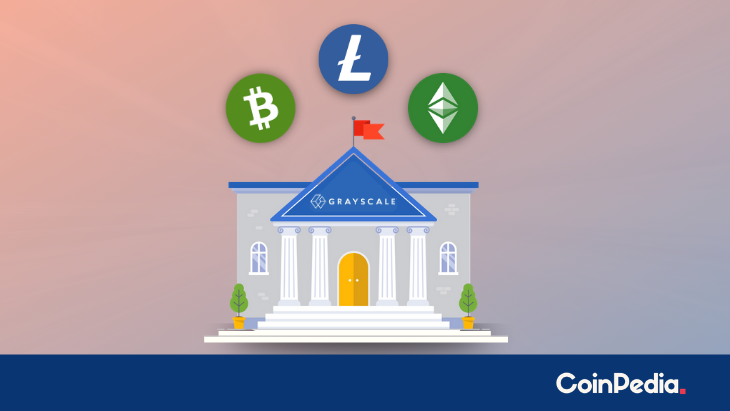 The cryptocurrency market has experienced a turbulent run for a month now. with market-leading currency skyrocketing for weeks to eventually facing major corrections, and various Altcoins setting up their foot to a new altcoin hype cycle. Thus it is only rational for the investment firm to diversify its portfolio to hedge against volatility.

The largest cryptocurrency asset management firm Grayscale Investments has been on a shopping spree for some weeks now.

As per Data provided by analytics service Bybt indicates that Grayscale has added enormous amounts of LTC BCH & ETC to its investment portfolio.

After acquiring a whopping 80% of total mined Litecoin in February, the firm has gone one step further and stocked up on more Litecoins

In total Grayscale in the last month bought 37928 coins, thus increasing their possession by 14125 coins.

Despite Grayscale’s huge and frequent purchases, the Litecoin price stays unaffected in the market. To which the Litcoin team on Twitter said that

“Large orders like these are usually purchased through an OTC desk as to not immediately impact the market. Some speculate that due to this the supply shock may be delayed”

Although there is hope for the prices to shoot up in the near future.

Other Investments of the week

On the first of March, Grayscale made a 3347 Ethereum purchase worth $5.2 Million. In the last month, the firm has purchased a grand total of 243,519 ETH  worth approx $380 Million. The firm has also purchased huge amounts of other altcoins like ZEC, ZEN, and XLM.

With extremely consistent purchases, Grayscale is actively looking and grabbing the opportunity to invest in every avenue of the cryptocurrency market.