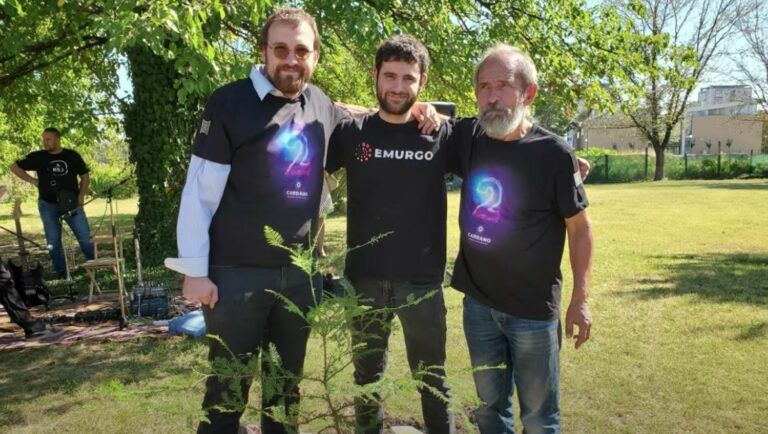 Why Is Cardano’s Next Major Upgrade Named ‘Vasil’?

On 10 December 2021, IOG Co-Founder and CEO Charles Hoskinson explained that he was going to honour his Bulgarian friend and Cardano ambassador Vasil Stoyanov Davov — who sadly passed away in his apartment in Plovdiv, Bulgaria on 3 December 2021 “after a long combat with pulmonary embolism” — by naming the next hard fork after him. Vasil was an artist, entrepreneur, blockchain consultant, Haskell practioneer, and ginkgologist. Furthermore, it would not be an exaggeration to say that he was a highly beloved and respected member of the Cardano community.

Then, on June 6, IOG paid further tribute to Vasil by releasing a beautiful short video in which Harrison talked about Vasil’s legacy.

What Can the Cardano Community Expect From the Vasil Upgrade?

In a blog post published on February 28, IOG explained what changes we could expect to see in the June (which later got delayed to July, of course) and October hard fork events:

“Our February release is just the start. Throughout 2022 – and focused around June and October hard fork combinator (HFC) events – we will introduce an array of scaling enhancements. These include key elements of our scaling plan like pipelining, new Plutus CIPs, UTXO on-disk storage and Hydra. In combination with parameter adjustments, these features will enhance Cardano’s throughput and optimize the system to accommodate an increasing range of decentralized finance (DeFi) apps, smart contracts, and DEXs.

“Plus as outlined in our recent Cardano360 February show, IOG is working across a host of new products and features, from a DApp store and a new light wallet product, to Mithril fast sync solution and sidechains. All the while an incredible community contributes new DApps, services, sites, tools and APIs to keep building out a flourishing decentralized ecosystem.“

On March 12, The IOG CEO said that there are many Cardano DeFi apps that are waiting for Vasil hard fork combinator (HFC) event, which is expected to take place in June, and once that happens, we should see an even more impressive growth in Cardano’s TVL.

“The IOG engineering team is extremely close to finalizing the core work, with just seven bugs still outstanding to complete the hard fork work, with none currently ranked as ‘severe’. After some consideration, we have agreed NOT to send the hard fork update proposal to the testnet today to allow more time for testing…

“To date, we’ve managed to get through the majority (approx 95%) of our Plutus V2 test scripts. However, we still have a few outstanding items that we need to run to confirm everything is working as expected. We have determined we’ll need a few more days for this. This puts us behind schedule on our previously communicated target date of June 29 for a mainnet hard fork…

“Today, IOG and the Cardano Foundation have agreed a new target date to hard fork the testnet at the end of June. Once completed, we will then allow four weeks for exchanges and SPOs to carry out any required integration and testing work. This is only reasonable and should not be rushed. The working assumption should therefore now be a Cardano mainnet hard fork occurring during the last week of July.“

A short time afterwards, the IOG CEO made a 15-minute video to share his thoughts on the Vasil upgrade delay.

“We’re pretty close to the target. We’re code complete, and what code complete effectively means is you probably could flip the switch and get away with it, and certain projects would do that, but what happened after the collapse of Terra (LUNA) is that I gave a directive to a lot of engineers to say we should probably measure three times and cut once given the nature of things.

“And so, additional tests were added in the Plutus suite and additional work was done for QA above and beyond what we normally do for hard forks. So, that was one dimension of the puzzle that made it more complicated.

“The other dimension of the puzzle was that after Consensus we did have an enormous amount of contact with dApp developers and other people, and there was a desire to be a bit more inclusive in the QA process and the testing process. A lot of them said ‘hey, we need several weeks on testnet to be able to play around with these things’. And at the end of the day, this is not a hard fork for the average Cardano user. The Vasil hard fork has always been a hard fork specifically for dApp developers.

“It speeds up the transaction rate with pipelining. And then all the CIPs are basically there to make Plutus smart contracts easier to write. If you’re a developer, whether you’re doing it on the mainnet or the testnet, you should have the same development environment in that respect.

“So what’s more meaningful to the community, frankly, is making sure that the testnet runs Vasil so that people who are building dAps on Cardano can deploy those dApps… We don’t anticipate that this July date is going to in any way impact the actual rollout of all the dApps have been waiting for Vasil because now they have a testing environment to do that...

“July is not too far off, you know, and all things considered, it’s kind of in an acceptable zone in my view. It’s a little frustrating because I really wanted to make sure that we got something in June, but getting it on the testnet I think is good enough for the developers because they’re the primary constituent here, and that’s not going to slow down ecosystem growth.“

On July 4, Harrison published a blog post in which he talked “the significant performance and capability enhancements to Cardano” that the Vasil upgrade (which he called “the most significant network upgrade since the deployment of staking via Shelley“) — expected to go live on the Cardano mainnet at the end of July — will deliver.

“As well as bringing improvements to smart contracts, the upgrade is part of the Basho phase of the Cardano roadmap, which focuses on scaling and network & ledger optimization and will bring multiple improvements to the ledger. Vasil will be deployed at the protocol level using Cardano’s hard-fork combinator (HFC) – innovative technology which enacts seamless protocol transitions and ledger upgrades minimizing disruption for end-users…

“The upgrade… will implement widely anticipated features such as diffusion pipelining and upgrades to Plutus – Cardano’s core smart contract language. Many of the improvements have been scoped and developed with the support of the wider development community and stem from Cardano Improvement Proposals (CIPs). Additionally, a number of new cryptographic primitives will be provided, and script validation processes will further see adjustments and optimizations contributing to consistency in block propagation times and higher transaction processing rates.“

With regard to diffusion pipelining, he had this to say:

“In essence, it streamlines the process of sharing information about newly created blocks among network participants by ensuring that blocks can be shared (propagated) in the network well within five seconds after their creation. For this, diffusion pipelining propagates blocks before their full validation, thus ‘overlapping’ the time spent on diffusion with the time needed on validation.

“Pipelining also ensures that the block header referencing the hash of a previous block is propagated correctly. The body of the block is retained within the metadata included in the next block, which is essential for DDoS attack resistance even without full block confirmation. Ultimately, diffusion pipelining will add scalability by enabling further block size increases and Plutus script improvements, as IOG continues to optimize the network throughout the rest of the year.“

Harrison then went to talk about Plutus script enhancements as well miscellaneous other important enhancements, such as Script collateral adjustment (CIP-40).

On July 5, journalist Darren Parkin at City A.M. published an interesting interview with Duncan Coutts, who is the main Technical Architect for Cardano at IOG.

When asked about the Vasil upgrade, which is expected to go live on the Cardano mainnet by the end of this month, Coutts had this to say:

“We’re thrilled about the Vasil upgrade, and we hard forked the Cardano Testnet on Monday this week in preparation.

“Although ‘hard fork’ is probably a misleading term when talking about how we do updates. IOG’s unique hard fork combinator means Cardano continues through the hard fork without a “break”, and that there’s no need to stop block production – this ensures smooth upgrades to the network. There’s no core network disruption. It’s a rather special piece of technology.

“The Basho era of the Cardano roadmap is all about optimizing and scaling Cardano to better support Defi applications and facilitate growth and adoption, and the Vasil enhancements are a key element. With over 1000 projects building on Cardano and counting, and over five million native tokens created on the blockchain, we want to make sure we’re preparing for Cardano’s growth appropriately. The improvements that Vasil is making to Cardano’s scalability are a critical part of preparing for continuing growth.

“A key scalability-focused element of Vasil will be the introduction of ‘diffusion pipelining’. This will allow for continued network tuning and optimisation, including an increase in block size, ensuring we’re scaling Cardano as much as possible. The hard fork on the testnet is a key step towards the fork on the mainnet, and we’re keeping the community updated on our progress as we work towards that milestone.”