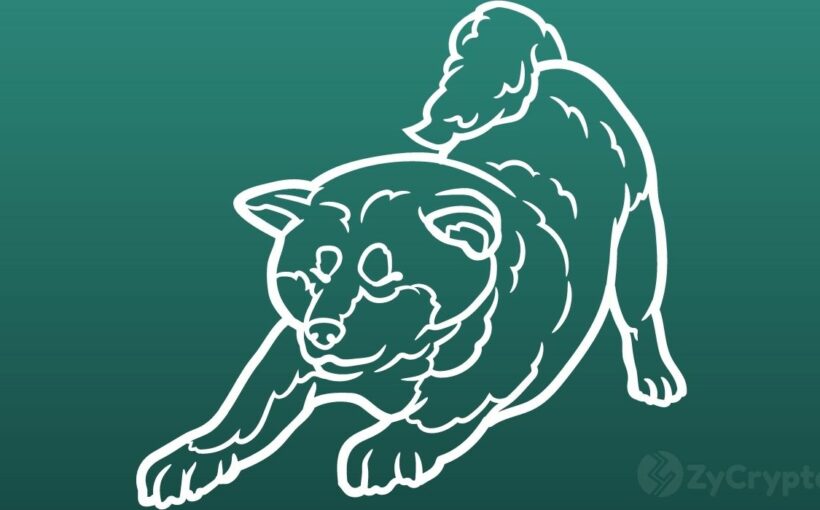 According to the founder of Gokhshtein Media and CEO of PAC Protocol, David Gokhshtein, meme-cryptocurrency Shiba Inu (SHIB) is on track to erupt higher in the near term.

The price of SHIB is up an incredible 32.4% over the past seven days as the broader cryptocurrency market struggles for momentum.

Still, despite its upsurge, Gokhshtein noted that the canine-themed cryptocurrency is only at the start of another bigger cycle.

Why David Gokhshtein Is So Optimistic In SHIB

David Gokhshtein, a former U.S. Congressional Republican candidate, believes Shiba Inu is building momentum before its next leg up.

“Anyone watching $SHIB right now. It looks like it’s fueling up for another leg,” Gokhshtein tweeted Monday.

A few days ago, Gokhshtein forecasted the coin’s latest rally: “Shib also looks like it wants to rip” while captioning a “watch out” emoji. At the time, however, he did not cite any catalysts that would drive the upward move.

Can SHIB Price Go Even Higher?

From a technical perspective, Shiba Inu’s daily RSI has plummeted from the overbought 80-zone to levels around 60, raising possibilities that the coin could continue its move higher in the future.

Additionally, pundits think SHIB may soon see a steep rise if the breakout suggested by the bullish inverse head and shoulder (IH&S) formation on the asset’s daily charts is confirmed.

In detail, the IH&S pattern forms after a downtrend. It’s when the price forms three troughs in a row, with the middle one (head) deeper than the other two (shoulders). Meanwhile, all the three troughs hang by a price ceiling (neckline) that acts as resistance.

Shiba Inu has also enjoyed some notable developments in recent days. Earlier this month, Binance added SHIB to the list of supported cryptocurrencies for the exchange’s virtual Visa card issued in Europe. In so doing, the crypto giant boosted the meme coin’s potential to get new users in the burgeoning European crypto market.

With that said, a confluence of the aforementioned bullish factors could help SHIB explode higher.

However, while the odds seem to favour the bulls, it is crucial to remember that cryptocurrencies breaking out of IH&S patterns tend to decline before advancing further. Such downswings help shake out the “weak hands” and also provide a chance for investors that had been side-lined to re-enter the market.