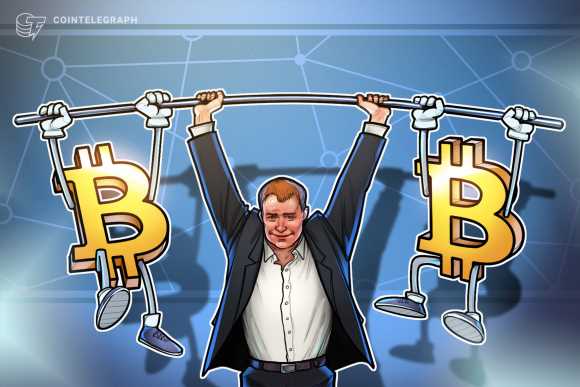 The bear market has not deterred one of the biggest Bitcoin (BTC) bulls. The balances of the New York Digital Investment Group, or NYDIG, hit record highs in Q3 of this year. Plus, a United States Securities and Exchange (SEC) filing could reveal the group’s intent to add more Bitcoin to its balance sheet.

According to a press release, NYDIG’s Bitcoin balances are “up almost 100% year-over-year, and revenue is up 130% through Q2, with another increase when the firm closes its books on Q3.” The company HODLs more Bitcoin than ever despite Bitcoin continuing to tread lower and lower over the course of 2022.

Furthermore, according to an amended SEC filing, the group has raised $720 million for its institutional Bitcoin fund. Fifty-nine investors contributed an average of more than $12 million each to the raise.

The filing states that the SEC has “not necessarily reviewed the information in this filing and has not determined if it is accurate and complete.”

NYDIG offers cold storage custody solutions to institutional investors and high-net-worth individuals. Describing itself as a “Bitcoin company,” the group has endured several exchange-traded fund rejections by the SEC.

The group continues to promote all aspects of Bitcoin adoption, recently allowing the employees of participating companies to receive salaries in Bitcoin. The recent press release highlighted a newfound emphasis on the Lightning Network, stating “Now it’s time for Lightning.”

A shakeup in NYDIG’s leadership accompanied the news. Tejas Shah and Nate Conrad take on the roles of CEO and president, respectively, as the departing CEO, Robert Gutmann, and outgoing president, Yan Zhao, step down but remain at Stone Ridge Holdings Group, the parent company to NYDIG.