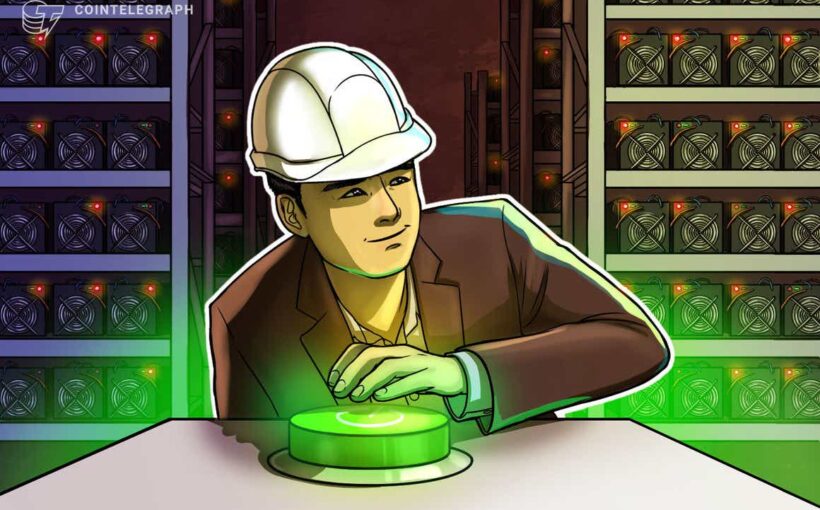 A subsidiary of the blockchain software provider Powerbridge Technologies, Powercrypto Holdings, has announced the launch of a sustainable cryptocurrency mining initiative for Bitcoin (BTC) and Ether (ETH) in Hong Kong.

The company plans to deploy a total of 2,600 first-grade mining rigs, comprising of 600 BTC mining machines operating at a hash rate of 60 PH/s, as well as a further 2,000 ETH mining machines, which harness a hash rate power of 1,000 GH/s.

According to the announcement, Powercrypto’s ultimate ambition with the inauguration of this venture is to increase the BTC and ETH hash rate level across the North American and Asian markets.

Analytical data revealed that Bitcoin’s current hash rate,  measured by terahashes per second, reads 150.29m across a seven-day average. This is a figure considerably higher than the two-year low of 84.8 during June this year.

Stewart Lor, President of Powerbridge Technologies, shared his company’s expectations for the future of this initiative both from a financial and environmental standpoint.

“We are very excited about our launch and positioning as a global presence in the cryptocurrency mining business. We expect our high-performance environmental-friendly crypto-mining fleets to significantly accelerate our revenue.”

On Monday, the Hong Kong Monetary Authority, or HKMA, released an official white paper, proposing a year-long research and development effort to appraise the plausibility of a central bank digital currency, commonly referred to as the digital Hong Kong dollar (e-HKD).

The initiative was part of Hong Kong’s vision for Fintech 2025, a technological initiative to advance the country’s infrastructure in line with modern demands. Despite fostering innovative practices in this niche, the nation’s regulatory bodies have looked unfavorably on the digital asset space. Hong Kong is currently guided politically as a special administrative region of China.