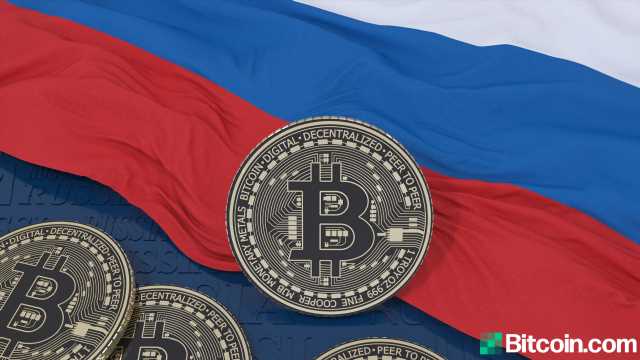 Herman Neglyad, the deputy of the Russian anti-money laundering body, Rosfinmonitoring, has said his organization will monitor cryptocurrency transactions that involve the conversion from crypto to fiat. Neglyad made this revelation during a recent meeting of the State Duma Committee on financial markets.

According to a Russian news site, Regnum, the anti-money laundering body is already getting cooperation from banks.

Also, the Rosfinmonitoring official adds that his organization, alongside the country’s central bank will introduce “a separate code, distinguishing a separate group of such suspicious transactions, that is, to further orient traditional financial institutions to this problem.”

Meanwhile, Neglyad’s remarks about Russia’s intention to monitor crypto to ruble transactions follow recent comments by the country’s President, Vladimir Putin. As reported by Bitcoin.com News, President Putin has voiced his concern over what he termed “illegal cross-border transfers of cryptocurrencies.” The Russian leader adds that criminal elements were “increasingly using these digital financial assets, and this justified increased monitoring.”

Over the past few years, the Russian nation-state has grappled with the question of how to regulate cryptocurrency use in the country. In September 2020, the country proposed harsh penalties for individuals that fail to disclose cryptocurrency holdings in excess of a certain threshold. In February 2021, Bitcoin.com News reported that a bill recognizing cryptocurrencies as the property had advanced in the Russian parliament.

In the meantime, it is not clear if Neglyad’s remarks are linked to President Putin’s earlier comments. However, the Regnum report says the State Duma Committee meeting at which Neglyad spoke had been held “in preparation for the report of the Russian government.”

What are your views on Rosfinmonitoring’s proposal to monitor cryptocurrencies? You can share your thoughts in the comments section below.