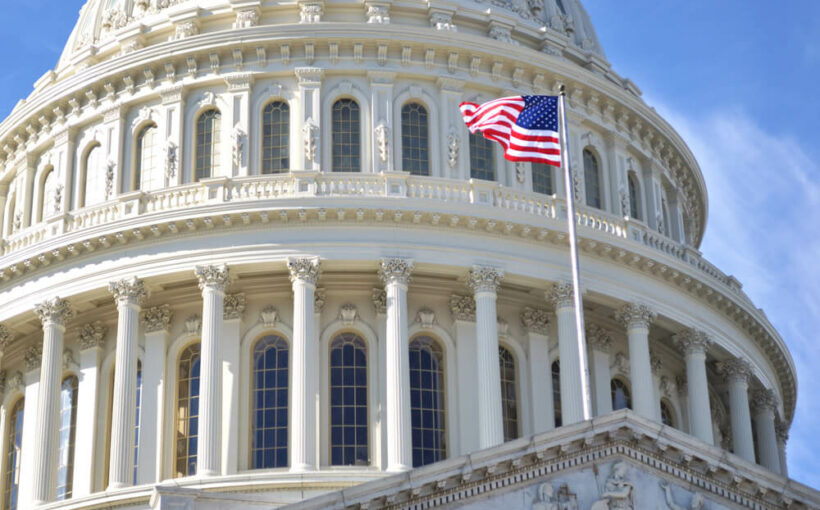 Congress seems to be split right down the middle when it comes to regulating crypto. Some are for it, some are against it, and above all, nobody really knows what to do with it.

Congress and Crypto Seem to Be Getting Along

That said, this hasn’t stopped some members of Congress from trading it. The crypto space is becoming far more mainstream as time goes by, and there are many congressional leaders out there that seem to be getting involved in the growing trend.

In fact, at least one senator and four members of the House of Representatives have purchased stock shares in digital currency companies, while some – such as Cynthia Lummis of Wyoming – have bought crypto directly and have several bitcoins or other units of crypto to their names.

Lummis sits on the Senate Banking, Housing, and Urban Affairs Committee. She is a new member of Congress, having started her term just shy of a year ago. In a 2020 report, Lummis admitted to putting roughly $250,000 of her own money into a company called Unchained Capital, which offers bitcoin-based financial services. In addition, she was also one of a small handful of congressional hopefuls to accept crypto donations to her campaign – a move that clearly paid off last January. Lummis also purchased as much as $100,000 in bitcoin last August.

Many of these individuals already had a love of crypto before they began their terms in Congress. Lummis, for example, began investing in digital currency long before she was elected according to Kristin Walker, Lummis’ chief of staff. In an interview, Walker explained:

Wyoming has been at the forefront of digital assets for the past few years, and I learned about it through Wyoming’s efforts.

Ron Hammond – the director of government affairs for the Blockchain Association – says he is not surprised by the number of congressional members and politicians that find crypto so intriguing and attractive. He also said he was excited about the prospects of national leaders getting more involved in crypto regulation. He commented:

There has been a massive uptick in staffers who either have crypto or are really interested in the issue, and I think it’s more of a generational thing… For those who want to get involved in crypto legislation, it’s important to maybe have some foot in it. It does help increase your knowledge about how everything is supposed to work, or you know what some flaws may be.

Despite the positivity, other members of Congress like Elizabeth Warren appear stuck on the idea that crypto can only bring society down.