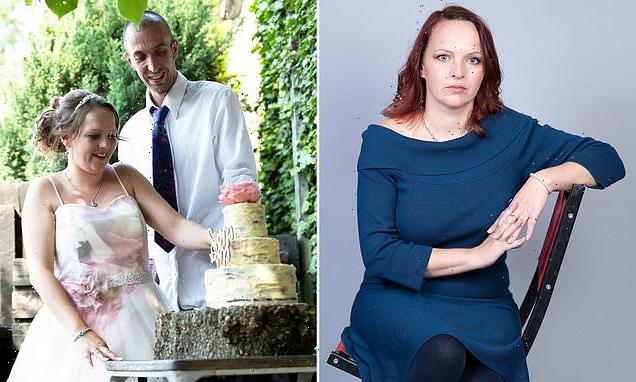 Daniel’s dying wish was for his wife to have the child they’d dreamt of using his frozen sperm – so is it right that a clerical error should stop Jade having her dead husband’s baby?

Like many happy young couples, Jade and Daniel Payne used to love lying in bed imagining a future together with children.

She wanted a girl, he a boy. They joked about whether their offspring might inherit 6ft 4in Daniel’s height or 5ft 1in Jade’s lack of it.

They bickered over names. Arsenal fan Daniel was sold on Arsene, in honour of the football club’s then manager, until Jade pointed out it didn’t go very well with their surname. They agreed on Jesse for a boy.

Daniel, who made kitchen cabinets for a living, planned to build all the nursery furniture their baby would need while Jade, a nanny, had already chosen the pram she wanted.

‘Daniel absolutely loved children,’ says Jade. ‘He doted on our nieces and nephews and desperately wanted to be a father.’

Sadly, it would never happen during his tragically short lifetime. 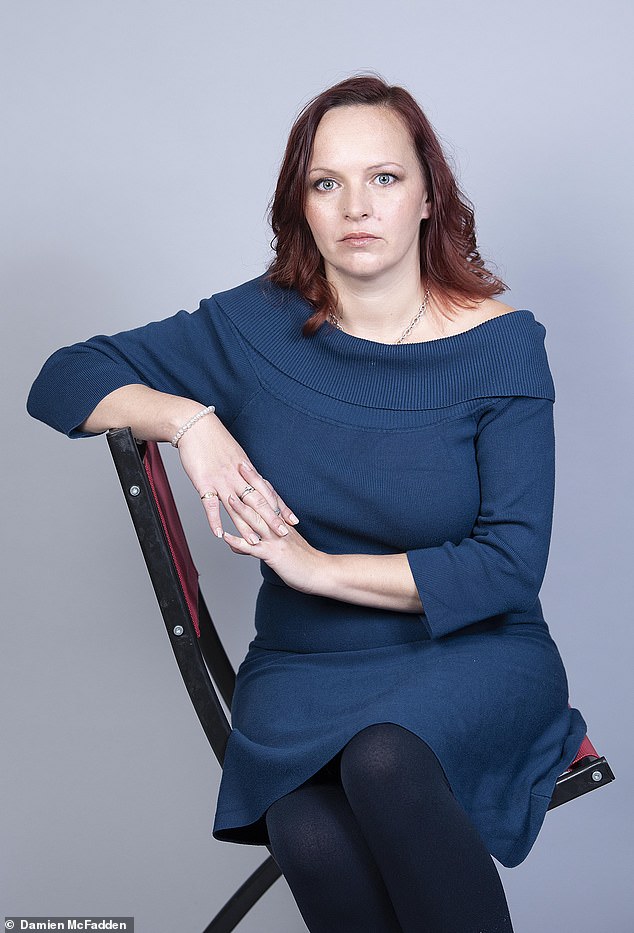 Determined: Jade is certain Daniel would have backed her fight

Two years ago this Christmas, Daniel died at home in Jade’s arms, aged just 35, after a 13-year-battle with incurable brain cancer.

He passed away childless, but it was his dying wish for Jade to have IVF using the sperm he had frozen in 2010 before treatment left him infertile.

‘On his deathbed, Daniel made me promise I would still go ahead and try to have his baby,’ says Jade, whose Northamptonshire home is full of pictures of her adored late husband.

‘He told me: “I want you to do what we said we’d do.” After he died, only the thought of having a mini-Daniel one day kept me going. It wasn’t because I wanted replace him, it was because it was something we’d dreamed of together.’

But today, Jade, 35, faces a High Court battle to have that child her husband so longed for —all because of a heartbreaking error on the consent forms he filled in and signed.

While Daniel insisted Jade’s name was on the forms, it turned out after his death that it had been left off.

‘Not only am I grieving for my husband, I am also having to grieve for the child we both wanted,’ she says. ‘Despite being his wife, and us signing forms for IVF fertility treatment together, I have no legal right to use his sperm after his death because my name is missing from the original consent form.’

Now, trying desperately to raise £20,000 for the legal action, Jade must prove to the courts that Daniel not only intended to have children with her, but wanted her to use his sperm after his death. 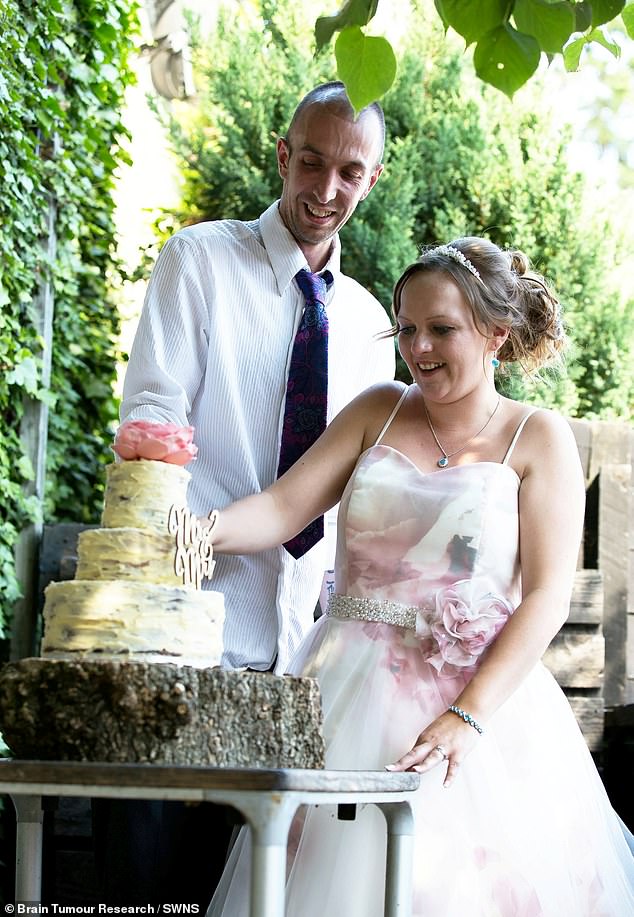 Devoted: The couple cut the cake on their wedding day in 2018

With embryos, eggs and sperm routinely stored during fertility treatment, her case raises moral and ethical questions around the ownership of such samples, not to mention issues of posthumous conception.

Yet after all she has been through, you would need to have a heart of stone not to sympathise with Jade, who has the support of those who knew her husband.

So far, Jade says, she has at least ten letters from family, friends and carers who all confirm that Daniel had spoken of his wish for her to have his child after he passed away. Daniel’s father, who lost his wife to cancer in 2012 aged 59, and daughter to the same disease in 2019 aged 39, has also given Jade his blessing.

Even if she reaches the High Court and wins, IVF would cost her another £5,000-£6,000, with no guarantee of success. But she feels she has to try.

‘I made Daniel a promise,’ says Jade, who doesn’t qualify for NHS funding because it was Daniel who was infertile from cancer treatment, not her.

Supported by the charity Brain Tumour Research, Jade wants to warn other couples facing the same traumatic cancer journey to check their paperwork before it’s too late.

Jade was a 22-year-old nursery worker when she went on her first date to the cinema with Daniel, two years her senior, after they met through mutual friends.

By then he had been living with a dual cancer diagnosis for almost three years, having been just 22 when he was diagnosed with a grade 2 astrocytoma (brain tumour), just months after losing a testicle to testicular cancer.

But Jade says he refused to let cancer define him and was determined to live life to the full.

Daniel, she remembers, never once complained about his condition or bleak prognosis.

‘Daniel was a very positive, happy-go-lucky person and never let the cancer change that. Even when the [brain] tumour was growing back, he’d say “It is what it is, let’s just get on with what needs to be done”.

‘When his testicular cancer came back 11 years ago, I remember him saying: “This is going to be difficult, and it’s only going to get worse with my brain tumour. I’d completely understand if you wanted to end our relationship.”

‘But I told him, “No, I’m not going to end it because you have cancer. That would be really shallow and that’s not who I am.” I’d fallen in love with his personality and positive attitude, and just accepted him for who he was.’

Before the operation to remove his second testicle in 2010, Daniel signed consent forms to store his sperm for future use, so he and Jade could still have children using IVF.

Jade says it was Daniel who insisted on putting her name on the consent forms before his sperm was frozen, even though their relationship was still in the early days.

‘He was 100 per cent certain about it. Over the years, as his condition worsened, he was adamant that he had [put her name on the form] and I had no reason to doubt him, so it was the one piece of paperwork I never checked.’

But while he and Jade planned to share the joy of welcoming a baby together — and having been reassured that his brain cancer was not hereditary — the couple’s first referral to an IVF clinic came in 2013, at the very time scans revealed that Daniel’s grade 2 tumour had grown and he needed neurosurgery, so they put their plans on the backburner.

In 2016, he had to undergo further surgery after scans showed the tumour had changed grade again and was growing towards the part of the brain that controls motor functions.

Six weeks of antibiotics for a serious infection were followed by a six-week course of radiotherapy, then chemotherapy lasting for 18 months. Again the couple put off fertility treatment while Daniel recovered and they saved up for their June 2018 wedding.

‘After the chemo Daniel felt absolutely fine and looking at him you’d never have thought he was ill,’ says Jade. ‘We thought, let’s marry first and revisit the IVF in the new year.

‘Daniel’s tumour was grade 3 and we didn’t know how long he had left. You can’t put a timescale on it; for some people it’s a few years, so we decided to go ahead with the IVF and in July 2019 we signed the paperwork for NHS funding.

‘I could have had a child by now if Daniel’s tumour hadn’t changed to grade 4 that September,’ continues Jade, who created a memorial for Daniel in the garden of their home after his death.

‘During his last two months, I was in no emotional state to start IVF when I just wanted to spend all my time caring for my husband until his dying breath.’

Jade was grief-stricken the Christmas he died, but clung to the thought that she could still go ahead with IVF and hopefully look forward to future Christmases with their child.

So she was horrified when, going through Daniel’s papers, she found the consent form, only to discover she wasn’t named on it after all.

‘It came as a huge shock because Daniel was always adamant he’d put my name down. I have no idea why it’s missing,’ says Jade.

‘With hindsight, I wish after we’d married, I’d checked and updated everything with my new surname but there was so much going on in our lives and Daniel told me there was no need.’

Perhaps it is no wonder that avoidable errors can happen at such an overwhelming time.

Jade contacted their fertility clinic, TFP Oxford Fertility, to see if there was any way she could legally still proceed. Last October she received the ‘bombshell’ news that her only chance was to prove to the High Court Daniel’s intention to have a child with her, even after his death.

A spokesperson for TFP Oxford Fertility said it followed the guidance of the Human Fertilisation and Embryology Act 1990 and was not able to comment on specific cases, but added: ‘We always put care and expertise at the centre of what we do.

‘Therefore, with all situations when a potential patient approaches us for help, we provide advice on the current UK regulations, which unfortunately sometimes require a court to give permission for a clinic to support future fertility treatment.

‘In the UK, IVF is tightly regulated. Consent is a key part of the legal framework, and no licensed IVF treatment can be lawfully provided unless the necessary written consents are in place from the relevant people.’

Jade fully understands why consent is an important principle, enshrined in fertility law, and blames no one for the predicament in which she finds herself.

She accepts that some people might not agree with her desire to bring up her late husband’s baby alone, or might question whether it was fair on any future child to grow up with a missing parent.

She agrees she could choose to move on and meet someone new with whom to have a child, without having to navigate such legal complexities and complex emotions. But such is her love for Daniel, it is his child she longs for.

‘Ultimately, this is something we wanted together,’ she says.

‘Yes, it would be hard to explain to a child that their Daddy did love them and does love them and, although he’s not here any more, wanted them to be born — that he wanted me to have them.

‘I would tell our child: “He’s so sad and sorry he’s not here to meet you, but he’s watching over you, he’s always in your heart.”

‘It would be the same for any person who loses their partner, for whatever reason, before their child is born. I’m very strong and I also have a very strong network of family and friends near by, so I will not be alone. And what I see ahead is the joy of watching my child playing with his or her cousins and feeling loved.

‘Daniel always used to tell me he wanted me to meet someone new after he died, fall in love and be happy, not wallow and cry at home. But any future partner would have to accept — whether I have Daniel’s child or not — that I will always love my late husband.’

As Daniel died two days before Christmas, this is always a difficult time of year for Jade.

But just as she and her late husband used to lie in bed imagining the children they might one day have together, Jade can still picture that happy, toy-filled future, albeit alone.

‘It would mean so much to me to spend future Christmases with our child, even though it’s sad to think that Daniel never got the chance to see a child of his open their first presents,’ says Jade. ‘It’s what he wanted.’