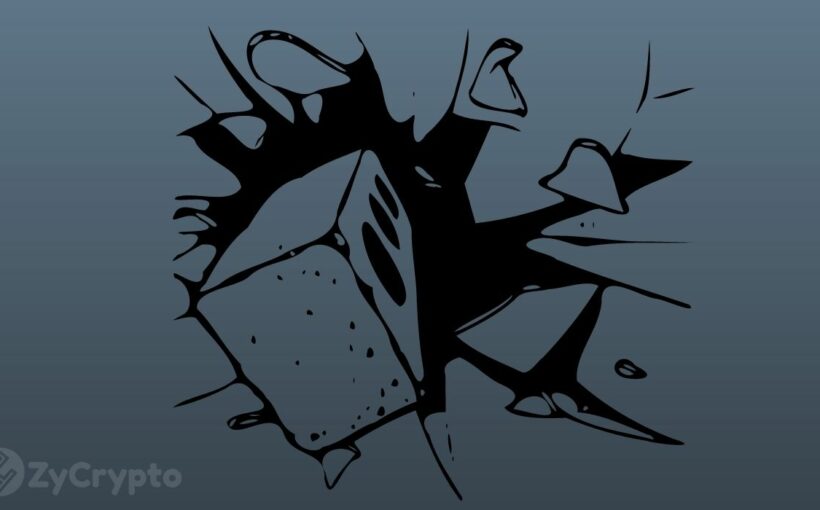 On Thursday, Solana’s status page reported that the network is “currently experiencing degraded performance due to an increase in high compute transactions, which is reducing network capacity to several thousand transactions per second”. And leading to some failed transactions for users.

Solana’s developers are yet to clear the air around reports that the network suffered another Distributed Denial-of-Service (DDoS) attack on Tuesday after some users reported four-hour-long transaction failures on the network.

According to a Tuesday report by Chinese reporter Colin Wu, for the third time now in less than six months, Solana went down again in the wee hours of January 4th.

“According to users of the official Telegram community, the attacker is suspected of using spam to conduct a DDoS attack,”  he said.

The Downtime Was A “Congestion Issue”

Although Wu later updated the report in less than an hour, stating that the issue had been resolved and the network had gone back online, his report received a comeback from Solana’s Anatoly who refuted the DDoS claims.

“Sorry, that’s not at all what happened. There was some congestion due to mis-metered transitions, and some users experienced their txs timing out and had to retry,” said Anatoly.

Various Solana users including Solana Lab’s head of communication, Austin Federa also termed Wu’s report as fake. “This is false – the network did not go down.”

If indeed it’s true, this would be the third time that Solana has had to deal with a DDoS attack in less than 2 months. A DDoS attack is a cybercrime where the attacker overwhelms a network by flooding it with multiple commands, slowing its functionalities. Such attacks compromise the integrity of a network by exposing its transactions and private information to malicious attacks.

Despite a streak of network downtimes, Solana’s developers have continued to deny DDoS attacks as the cause for the interruptions, often substituting “outage” claims with “congestion”.

As of Thursday evening, Solana’s congestion problem seemed to have recurred.

“The Solana Network is currently experiencing degraded performance due to an increase in high compute transactions, which is reducing network capacity to several thousand transactions per second. This is leading to some failed transactions for users,” @SolanaStatus reported.

This too received disapproval from Solana’s Austin, who, providing a screenshot depicting successful transactions on the network, termed the report as inaccurate.

Despite Solana portraying itself as the world’s most performant blockchain, handling over 50,000 transactions per second, its continued string of network downtimes levying to different reasons is likely to hurt its reputation, prompting developers on the blockchain to look elsewhere or worse, affect SOL’s price.

Currently, SOL is trading in the $152 zone after shedding 42% of its gains since printing an all-time high of $258. Solana’s developers’ long-term solution to such attacks or congestions problems is yet to be seen, pitting the network against its competitors.