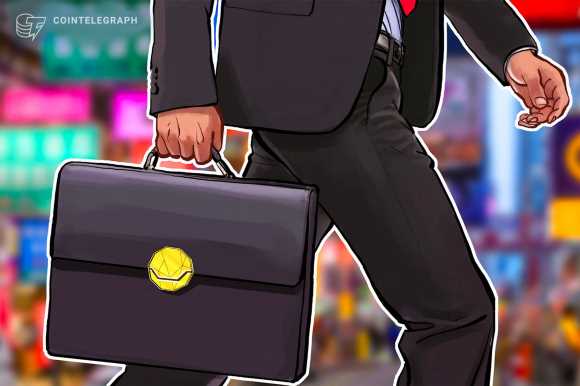 The new product, dubbed Titan Crypto, seeks to invest in a concentrated basket of leading cryptocurrencies that can outperform over the long term, the company announced Wednesday. The portfolio will be actively managed by Titan’s dedicated crypto team and will be available to U.S. residents who reside outside of New York state.

In July, Titan concluded a $58 million Series B financing round led by Andreessen Horowitz, bringing its total funding to $75 million. Although the funds raised weren’t solely tied to Titan’s crypto businesses, a spokesperson at the firm told Cointelegraph that the funds would help bootstrap Titan’s crypto offering “well beyond the flagship coins and behaviors,” referring to Bitcoin and Ether. At the time, the spokesperson identified decentralized finance (DeFi) coins as one avenue for future growth.

Andreessen Horowitz has been behind some of the biggest funding campaigns in crypto. As Cointelegraph reported, the California-based venture firm recently launched a $2.2 billion fund dedicated to blockchain and crypto plays.

Some of the biggest funding rounds have targeted cryptocurrency exchanges and other service providers that are providing traditional onramps to digital currency investing. On the institutional front, there’s growing evidence that larger investors have been increasing their exposure to digital assets. On-chain data provided by Glassnode showed that large BTC transactions, which are often indicative of institutional buyers, have grown significantly.

Beyond the on-chain data, institutional players like VanEck continue to push for a Bitcoin exchange-traded fund. For many crypto observers, it’s only a matter of time before the United States Securities and Exchange Commission joins its counterparts in Canada in approving its first Bitcoin ETF.

Related: JPMorgan now offers clients access to six crypto funds … but only if they ask