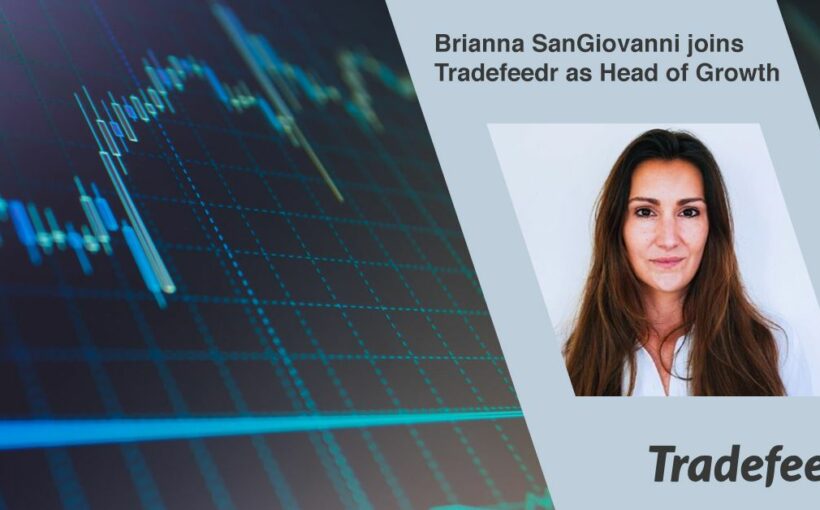 Tradefeedr announced that the company has appointed Brianna SanGiovanni, the former Commercial Strategy Officer at EBS, as its new Head of Growth today. In her latest role, SanGiovanni will be responsible for the development of strategies to accelerate the company’s growth.

According to an official announcement, Tradefeedr is planning to take advantage of SanGiovanni’s extensive experience in the corporate world. Tradefeedr aims to facilitate its growing customer base.

SanGiovanni previously served in different positions including wealth management analyst at JPMorgan. She also spent nearly 4 years at ICAP. She is a committee member of Oxbridge Angels. In her latest role, SanGiovanni worked as a Commercial Strategy Officer at EBS. During her time at EBS, SanGiovanni worked with the Head of EBS for commercial strategy and execution.

“We’re excited to announce that Brianna SanGiovanni has been appointed as Head of Growth. As the latest addition to our executive management team, Brianna will bring extensive knowledge on leading commercial strategy combined with an exceptionally strong background in customer success. Brianna joins Tradefeedr from EBS, where she served as Commercial Strategy Officer. As Head of Growth, Brianna will develop the strategy to deliver Tradefeedr’s core services to the company’s growing and diverse customer base, with a strong focus on customer satisfaction and client adoption,” Tradefeedr mentioned in the announcement.

Founded by Balraj Bassi and Alexei Jiltsov, Tradefeedr aims to transform data flows and collaboration between capital market participants. “For the past few years, we’ve been working diligently with a core group of forward-looking clients to build data connectivity to all liquidity providers in a single unified API,” Tradefeedr mentioned in a recent announcement.