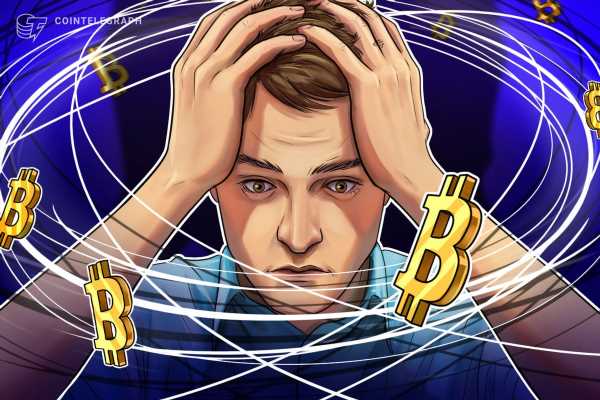 Controversial Fox news television host Tucker Carlson has proposed a curious conspiracy theory that seeks to link airline delays in the United States and Canada with a surge in the Bitcoin price.

He suggested the computer outage behind the widespread delays may have been caused by ransomware and theorized the US Government may have bought a large amount of Bitcoin to pay the ransom.

However he did not provide any evidence for his claims.

Speaking on his “Tucker Carlson Tonight” segment of Fox News on Jan. 17, Carlson argued that the Bitcoin (BTC) price increased 20%+ soon after the U.S. Federal Aviation Administration (FAA) confirmed the disruption on Jan. 11:

“Almost all ransoms like this are paid in Bitcoin. So if the US government was buying huge amounts of Bitcoin in order to pay a ransom, Bitcoin prices would surge, of course. So the question is has that happened? Well yes, it has happened.”

“Since the nationwide ground stop last Thursday the price of Bitcoin has shot up about 20%. Is that a coincidence?” he added.

While Tucker’s fanbase online appears to believe the theory is plausible, it was less well received by the crypto community. Nick Almond, the founder of FactoryDAO described Tucker’s wild theory as “maximum tin foil” to his 13,500 Twitter followers:

Almond replied to supporters of the theory that he doubted very highly that the U.S. government would buy billions in Bitcoin on the open market to pay for the ransoms.

Blockstream CEO and cypherpunk Adam Back also mocked Carlson to his 506,000 Twitter followers in stating that the two events were exactly what Carlson described them to be — a coincidence:

Other arguments made against the theory on Crypto Twitter included that the US government already has a large amount of confiscated Bitcoin, that it would buy it OTC if it did buy it, and as Bitcoin is traceable and transparent, large ransoms are more likely to be paid in Monero.

Stack Hodler pointed out to his 30,000 followers that the recovery of $5B in assets by FTX was a more likely explanation for the recovery in crypto markets:

More than 1,300 flights were cancelled with an additional 10,000 flights being delayed in the first two days of the disruption.

The FAA stated on Jan. 11 that the disruption was caused by a “damaged database file” in its Notice to Air Mission (NOTAM) system, which they said was not wasn’t inflicted by a cyber attack.

The issue has reportedly been fixed and most flights have since resumed normal operations.