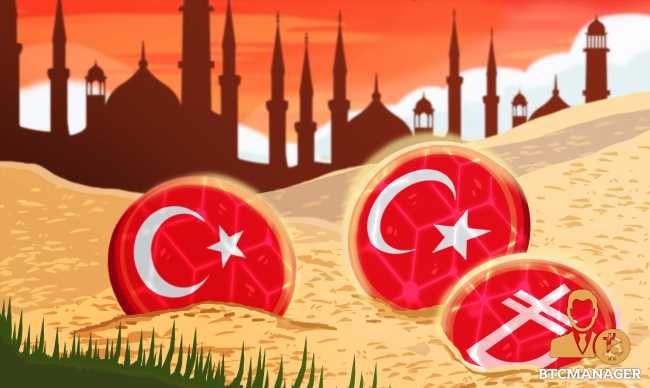 The central bank of Turkey (TCMB) has created a Digital Turkish Lira Collaboration platform to expand its research into the potential benefits of launching a digital currency.

According to Reuters, the apex bank made this development known in a statement on Wednesday, September 15, 2021. The bank also said that it had signed MOUs with Turkish firms, including HAVELSAN, ASELSAN, and TUBITAK-BILGEM, for the platform.

The platform will be focused on the research, development, and testing processes for the Digital Lira. Despite this announcement, the Turkish Central bank has not made a final decision on the digital lira currency. However, the results of the first phase of the pilot study are set to be revealed in 2022.

New Crypto Regulations on the Horizon

The move essentially prohibited companies that handle payment and digital financial transfers from processing transactions involving crypto-assets. However, crypto investments were not deemed illegal and Turkish exchanges could still facilitate the trading of digital currencies for other assets and fiat currencies.

This showed that the government regarded crypto as an asset rather than a currency. This distinction could be the base for the upcoming regulations expected by October. The crypto bill is expected to be modelled based on similar regulations in Europe and the US.

The legislation will regulate different aspects of crypto trading and strengthen protective mechanisms for investors. It will also introduce specific taxes charged on holdings above a certain amount and special capital requirements for companies that currently hold crypto assets. The Turkish government also wants to reduce the number of crypto assets used for illicit purposes with the new law.

El Salvador’s successful adoption of bitcoin has led to a global interest in digital currencies. Panama is understood to be among the countries that want to recognize bitcoin as a national currency.

Ukraine has also shown intentions to create a comprehensive regulatory framework that will increase crypto adoption. In contrast, the president of Belarus has publicly called on citizens to engage in crypto mining.