Blockchain security firm BlockSec has debunked a conspiracy theory alleging the $160 million Wintermute hack was an inside job, noting that the evidence used for allegations is “not convincing enough.”

Earlier this week cyber sleuth James Edwards published a report alleging that the Wintermute smart contract exploit was likely conducted by someone with inside knowledge of the firm, questioning activity relating to the compromised smart contract and two stablecoin transactions in particular.

BlockSec has since gone over the claims in a Wednesday post on Medium, suggesting that the “accusation of the Wintermute project is not as solid as the author claimed,” adding in a Tweet:

“Our analysis shows that the report is not convincing enough to accuse the Wintermute project.

In Edward’s original post, he essentially drew attention as to how the hacker was able to enact so much carnage on the exploited Wintermute smart contract that “supposedly had admin access,” despite showing no evidence of having admin capabilities during his analysis.

BlockSec however promptly debunked the claims, as it outlined that “the report just looked up the current state of the account in the mapping variable _setCommonAdmin, however, it is not reasonable because the project may take actions to revoke the admin privilege after knowing the attack.”

It pointed to Etherscan transaction details which showed that Wintermute had removed admin privileges once it became aware of the hack. 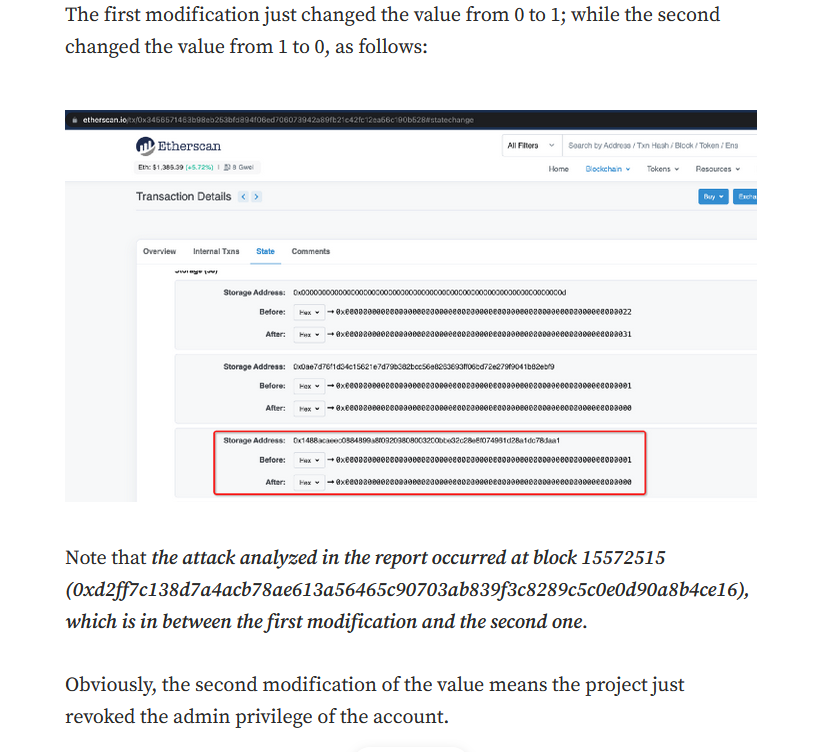 Edwards also questioned the reasons why Wintermute had $13 million worth of Tether (USDT) transferred from two or their accounts on two different exchanges to their smart contract just two minutes after it was compromised, suggesting it was foul play.

Addressing this, BlockSec argued that this is not as suspicious as it appears, as the hacker could have been monitoring Wintermute transferring transactions, possibly via bots, to swoop in there.

“However, it is not as plausible as it claimed. The attacker could monitor the activity of the transferring transactions to achieve the goal. It is not quite weird from a technical point of view. For example, there exist some on-chain MEV-bots which continuously monitor the transactions to make profits.”

As previously stated in Cointelegraph’s first article on the matter, Wintermute has strongly refuted Edwards claims, and has asserted that his methodology is full of inaccuracies.