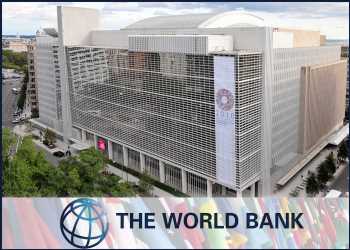 The World Bank downgraded its growth projections for the East Asia and the Pacific region as the zero-COVID approach dampened China’s economic growth, while most of the other countries of the region rebounded in the first half of 2022.

The Washington-based lender forecast East Asia and Pacific to expand 3.2 percent this year instead of 5.0 percent projected in April. The growth rate is expected to improve to 4.6 percent in 2023.

China, which constitutes around 86 percent of the region’s output, is forecast to grow only 2.8 percent this year versus the prior outlook of 5.0 percent. The government targets around 5.5 percent growth for this year.

This was also much weaker than the 8.1 percent growth estimated for 2021 as the zero-COVID measures disrupted supply chains, industrial and services production, domestic sales, and exports. GDP growth is seen at 4.5 percent next year.

Most of the other region is projected to grow faster and have lower inflation in 2022 than other regions. The robust recovery of private consumption in the first half of 2022, sustained global demand for EAP goods and commodities and the limited tightening so far of fiscal and monetary policy helped the region to post strong growth during much of 2022.

Global deceleration, rising debt and policy distortions could be a drag on growth. The bank observed that measures to contain inflation and debt are adding to existing distortions in a way that could hurt growth.