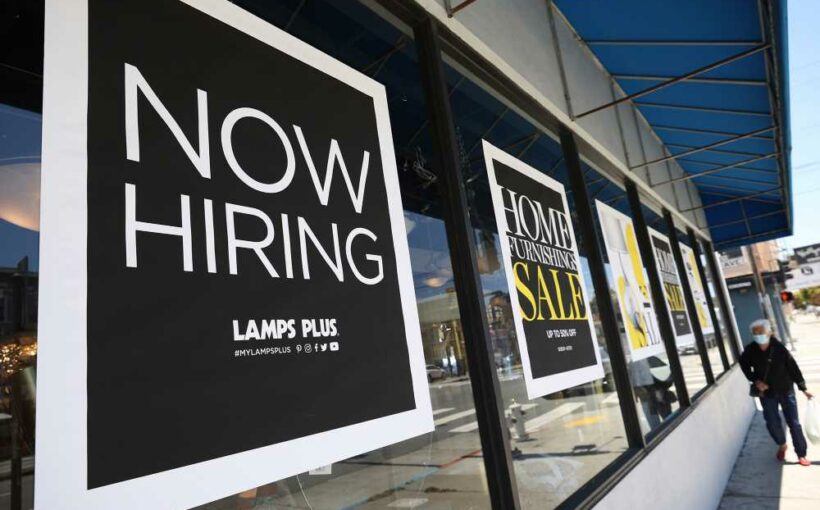 Nearly 2M Americans have turned down jobs due to unemployment benefits: poll

NYC’s next mayor faces $5.4B deficit after de Blasio adds another $300M

Oregon adopts most protective heat rules for workers in US

Continuing claims fell by 126,000 from just over 3.3 million the week before, according to data released Thursday by the Labor Department. That figure stood at more than 16 million at the same time last year, in the thick of the pandemic.

Continuing claims have fallen significantly since peaks seen in 2020, but the figure remains about twice as high as pre-pandemic levels.

New weekly filings for jobless claims, seen as a proxy for layoffs, reached 360,000 last week, down from the prior week’s revised level of 386,000, the feds added Thursday.

Weekly new claims have fallen substantially from the 2020 peak of about 6.1 million new claims in a single week. The week-over-week numbers have inched closer to historical averages over the past couple of months as hiring has picked back up.

The jobless data comes after the US managed to add 850,000 jobs last month, topping economists’ expectations in a sign that the labor market recovery is heating up.

Still, some economists say the recovery is happening too slowly and it threatens to derail the US’ broader economic rebound.

Last week, the Labor Department reported that US job openings climbed again in May, to more than 9.2 million nationwide, indicating there are plenty of open positions.

And a poll published Wednesday by Morning Consult found that more than 1.8 million unemployed Americans have turned down jobs over the course of the pandemic because of the generosity of unemployment insurance benefits

In a bid to hasten the job market recovery, a handful of states have moved to cut unemployed people off from pandemic-boosted federal unemployment benefits, which give unemployed workers an extra $300 per week.

Many business owners, Republicans and economists have blamed the extra benefits for causing the labor shortage, saying that the unemployment payout keeps workers at home while businesses go understaffed.

In addition to the federal unemployment program, other reasons for the labor crunch include fear of getting COVID-19 and school closures, keeping parents at home, economists say.

Alaska, Iowa, Mississippi and Missouri all ended the federal program on June 12, about three months before it is set to expire.

Another eight states ended the program on June 19, though some of the moves have been tied up in court.

In all, at least 25 states are looking to lure workers back into the labor market by withdrawing from the federal program.

The White House has nonetheless defended the extra benefits, saying that businesses should pay people more.

Chipotle, for example, has said it raised its menu prices by up to 4 percent to cover the costs of higher wages for employees. Executives from other major companies, including General Mills, Unilever and JM Smucker, have also warned recently about rising costs and inflationary pressures.

Shoppers are bearing the brunt of rising prices, with the costs of everything from apparel and cars to bacon and milk spiking.