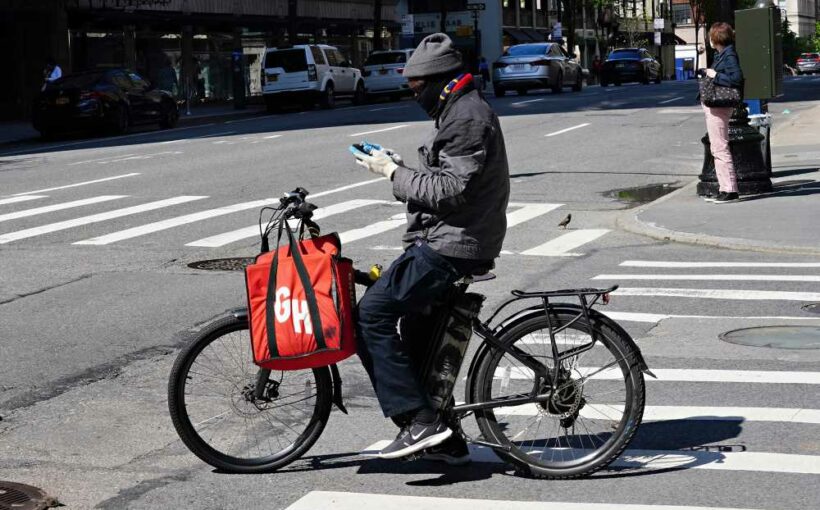 Grubhub is doing away with a controversial phone ordering system that had restaurants across the nation paying the app commissions for orders that never took place, The Post has learned.

Starting Aug. 23, the food delivery and ordering company will be using call centers with actual customer service reps to facilitate orders from Grubhub-owned phone lines to restaurants, according to the Web site.

Previously, the Chicago company had relied on a computer algorithm to manage the phone lines it had set up to direct telephonic food orders to its restaurant clients.

But the algorithm, as The Post exclusively reported in 2019, had been unfairly charging restaurant owners between $4 and $9 for calls longer than 45 seconds — whether or not they resulted in an order.

Following The Post’s reporting, Grubhub soon faced mounting calls for refunds and pressure from legislators, including Sen. Chuck Schumer D-NY, who told Grubhub “to eat any fees they wrongfully charged restaurants or even customers.”

New York City Council members were also demanding that Grubhub refund all “erroneous phone order charges” to restaurants and threatened to “explore legislative solutions if the company fails to act.”

Last year the City Council followed up with a temporary law aimed at Grubhub’s practice for charging restaurants fees for telephone calls that never resulted in an order.

Grubhub alerted restaurant clients to the new system on Tuesday.

It said it will now give restaurant customers three choices when they call a Grubhub-generated telephone number assigned to a restaurant, including an option to speak directly with the restaurant for which there is no fee associated with the call.

It’s the second phone ordering system Grubhub has rolled out in less than two years.

In January 2020, the food delivery giant came up with a new phone system to address legislators’ concerns, but it still relied heavily on guesswork to determine whether and how much a restaurant should be charged.

Customers under last year’s system were prompted to press #1 to place an order or #2 for everything else. Grubhub said it would bill only for the “#1” calls that lasted longer than 45 seconds and didn’t charge restaurants if a customer had attempted to place an order when a restaurant was closed.

It had also agreed to not charge for calls placed by customers who had recently placed a food order with that restaurant. Under the original system, Grubhub had been charging restaurants for calls from customers checking up on or complaining about orders they had already made.