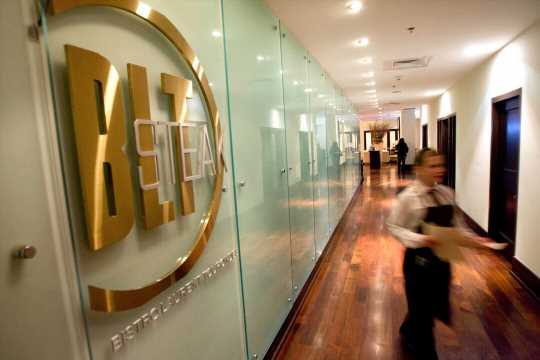 Haber, CEO of BLT Restaurant Group, which also runs Italian eateries Casa Nonna and The Florentine, has hooked up with Toast, a Colorado-based cannabis company, to help him open marijuana lounges in the Big Apple, On The Money has learned.

Haber and Toast made their handshake deal following Gov. Cuomo’s move in March to sign a bill to legalize recreational weed, which has opened the door to cannabis lounges, where people can come and toke up with their friends — like a bar but without booze.

“We are all novices in New York, and Toast is supplying the expertise so we can offer a first class experience,” Haber told The Post of Aspen-based company that sells rainbow cookies with CBD-infused chocolate and hemp extract oils.

Of course, it will be awhile (experts estimate one to two years) before such lounges are open to the public because the state still has a lot of work to do to lay the groundwork, including establishing a regulatory body and writing the rules of the road.

Outstanding questions include whether cannabis lounge owners can serve food to customers with the munchies. Albany lawmakers have made clear, however, that the lounges will not be allowed to serve alcohol.

But that doesn’t seem to bother Haber: “We are looking at cannabis to be a substitute for alcohol,” Haber said.

Of course, not everyone is on board with the lounge idea.

Nightlife impresario Scott Gerber, who owns 10 bars, including The Campbell in Grand Central Terminal and Mr. Purple at Hotel Indigo, told The Post “getting stoned is more of an anti-social thing. I don’t see it as a social event or as a business.”

New York is now one 16 US states, as well as Guam and Washington, DC, that have moved to legalize pot in hopes that it will help generate tax revenue.