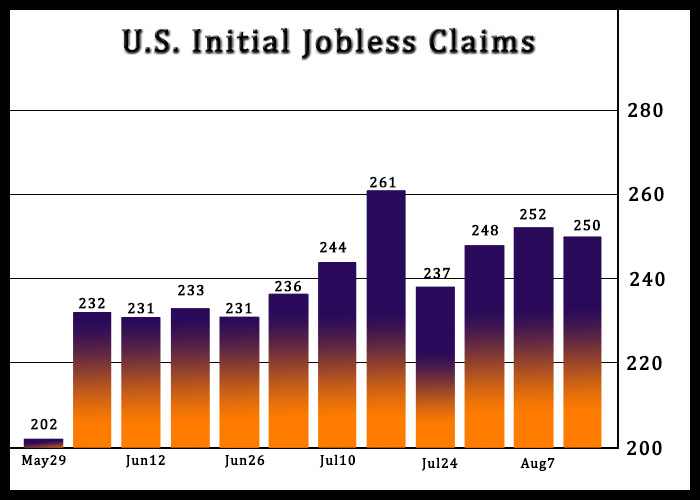 A report released by the Labor Department on Thursday unexpectedly showed a modest pullback in first-time claims for U.S. unemployment benefits in the week ended August 13th.

Economists had expected jobless claims to inch up to 265,000 from the 262,000 originally reported for the previous week.

“The downside surprise is an encouraging signal that fears of broad-based layoffs have yet to materialize, but claims will continue to face upside risks through the rest of the year,” said Mahir Rasheed, U.S. Economist at Oxford Economics.

He added, “Still, we doubt claims will accelerate sharply as labor demand remains well ahead of labor supply, while the outlook for the economy remains relatively positive despite elevated uncertainty regarding inflation and growth.”

The report showed the less volatile four-week moving average also dipped to 246,750, a decrease of 2,750 from the previous week’s revised average of 249,500.

Meanwhile, the Labor Department said continuing claims, a reading on the number of people receiving ongoing unemployment assistance, crept up by 7,000 to 1.437 million in the week ended August 6th.

“We expect the labor market to remain historically tight in the near term, though a gradual improvement in labor supply should allow employers to match up better with job seekers,” said Rasheed.